Daniella Alonso is a hot and sizzling American actress and model immensely eminent for her role as ‘Nora Clayton’ in the NBC show ‘Revolution’ and also as ‘Carlotta Alonso’ in the show ‘Friday Night Lights’.

Daniella Alonso is still unmarried and her present relationship status is not available. Despite her fame and popularity in both acting and modeling, she is very concerned with her personal life to be very private one.

There is no any relationship updates about the love life of Daniella Alonso. Though she may have a huge fan following and critics as well, she mentioned in one of her interviews that she never wants her to be eminent worldwide because of her rumors and controversy about her love life but, wants to be famous through her work and talent that everyone acclaim. 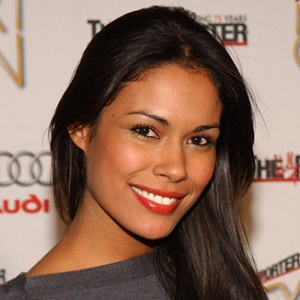 I can be a nice person, but if someone is messing with someone I care about, the tougher side comes out a little more

I actually take karate and tae-kwon-do. And so I love sparring and grappling and all that physical stuff. I studied a hybrid form of grappling, sparring, and self defense

it's more of a 'get yourself in shape,' and if you want to take it to the next level, so you're really learning valuable skills with self defense, and I really enjoy it

I've been taking martial arts for a long time. I started with tae kwon do, and then I started taking karate and mixed martial arts.

Who is Daniella Alonso?

Daniella Alonso is a hot and sizzling American actress and model immensely eminent for her role as ‘Nora Clayton’ in the NBC show ‘Revolution’ and also as ‘Carlotta Alonso’ in the show ‘Friday Night Lights’. She has great popularity through lead roles in movies like ‘The Hills Have Eyes 2’ and ‘Wrong Turn 2: Dead End’.

As her mother is Puerto Rican and her father is Peruvian, Daniella Alonso was born to a family of Inca and Japanese descent. She was born on 22 September 1978, in New York City, New York, United States of America. She was brought up in a large family with an all-women household and was involved in activities related to modeling and acting. At the age of 15, she was evaluated by a Ford Modeling Agency which made her start to think as a model and a person deserving to be in various commercials.

For the sake of fulfilling the dream of being a model, she started writing in some spare time and joined Marymount Manhattan College where she majored in Communications.  Her early interest was in playing karate, playing with animals, etc but, when she realized that her interest is in modeling she learned Spanish and involved herself in various modeling and acting activities.

Daniella Alonso started her career as a model of the Ford Modeling Agency and later got immense success in commercials having high TRP. This success led her to play over thirty national commercials and over 20 Spanish commercials including Clairol, Cover girl, Clean and Clear, Target, Footlocker, Volkswagen and many others and, she also started booking jobs for teen magazines such as Seventeen, YM, and Teen.

Apart from huge involvement in commercials and Teen Magazines, she was an actor playing a lead role movies like ‘The Hills Have Eyes 2’ and ‘Wrong Turn 2: Dead End’ along with her starring as Dr. Landry de la Cruz in the first season of the NBC series ‘The Night Shift’. Her guest appearances as ‘Anna Taggaro’ on The WB television series ‘One Tree Hill’ was also one of her remarkable in Television series world. Her recent work was a role of Claudia Donnelly in the film ‘Lawless Range’ of 2016 and as a Catherine playing the main role in the 8th episode of the TV series ‘Animal Kingdom’.

Daniella Alonso: Salary and Net Worth

There is no information about her salary and as of 2022, she has an estimated net worth of $18 million.

Due to less vulnerable nature of Daniella Alonso, she is never introduced as the headline of any celebrity-related News portal. Love life is one of the topics having the greatest possibility of developing a rumor and controversy as well. So, due to lack of news about Daniella Alonso’s love life, there’s no rumor hitting the fresh headlines.

Daniella Alonso has a height of 5 feet 7 inches. Her body weighs 52kg. She has dark brown hair and dark brown eyes. Furthermore, her bra size is 34B, shoe size is 8US and the dress size is 6US. Her body measurements are 34-25-36 inches.

Also know more about the early life, career, net worth, relationships, and controversies of other actress and model including Amanda Righetti, Alyssa Sutherland, Emily Sandberg, Nazanin Mandi, and Kathy Ireland.