Daniella Pick is a singer and actress whose husband is director, Quentin Tarantino.

Daniella Pick is a married woman. She exchanged vows with Quentin Tarantino on 28 Nov 2018. Her husband is not only a writer, producer but he is also a director and actor.

They met first time in Isreal in 2009 but were separated in 2012. Again, they gave their affair another chance and reconnected in 2016.

The engagement took place in June 2017 and the I Do ceremony was held in Beverly Hills. The bride wore a dress designed by Dana Harel and accessorized it with a headband by Keren Wolf.

This couple welcomed their son in Feb 2020 in Tel Aviv, Israel. 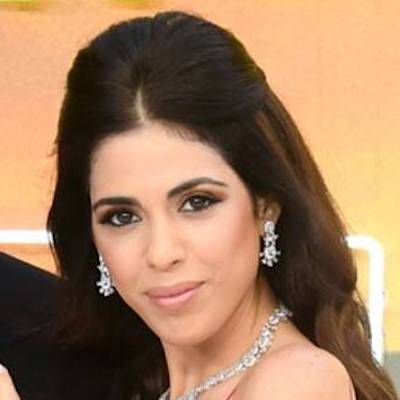 Who is Daniella Pick?

Daniella Pick is an Israeli singer and actress. The public noticed her for being the wife of an American film director, Quentin Tarantino.

She has appeared in a movie named Once Upon A Time…In Hollywood.

She was born on 21 Nov 1983 in Ramat Ha-Sharon, Israel. The name of her father is Svika Pick and her mother is Mirit Shem-Or.

Daniella’s ancestry is Israeli and has a sister, Sharona Pick who is also a singer.

As per her academics, she is a graduate of high school.

Daniella Pick as a singer was a member of a group named The Pick Sisters. It was created by her and her sister.

The other main casts of this hit movie were Leonardo DiCaprio, Brad Pitt, Margot Robbie, etc.

Currently, her estimated net worth is around $1 million US. However, her salary and other earnings are unknown.

Her spouse, Quentin has assets worth $120 million. His salary is $20 million in advance and he also shares films’ profits.

This actress/singer is keeping herself away from rumors and any desperate scandals. But her life partner Quentin faced racist allegations by Spike Lee in 1997 for the slurs used in his movies.

He was also accused by Uma Thurman to experienced a serious accident in the set of Kill Bill. Also, he accused Harvey Weinstein of sexual harassment because Harvey once harassed his former girlfriend, Mira Sorvino.

Daniella and Quentin used their LA home for the honeymoon. But soon after that, it was robbed by thieves on 18 Dec 2018.

They stole jewelry and other properties. Quentin called the police but it was too late.

Regarding Daniella Pick’s body features, her height is 5 ft 8 inches and her body weight is 55 kg.

Moreover, her eyes are dark brown and her hair color is black. She has a fair skin complexion and her body stats are 32-23-34 inches.

Love has no age bar! Quentin Tarantino and Daniella Pick are engaged! Know the details here!