Daniella Pineda is popular for playing the role of Sophie in the TV show The Vampire Diaries (2013) on CW. 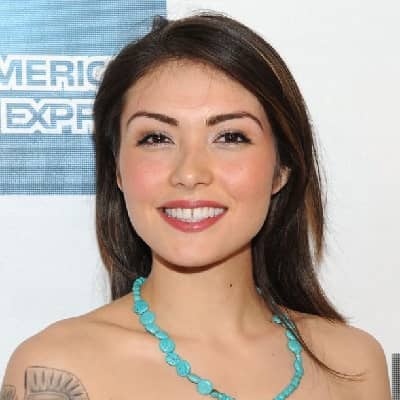 Daniella seems to maintain a secret life regarding her personal matters. She hasn’t been seen in any relationship up to now.

As of now, she is single and is more focused on her career. Moreover, she doesn’t have any past affairs or relationships also.

Who is Daniella Pineda?

Daniella Pineda is an American actress, comedian, and writer. She is popular for playing the role of Sophie in the TV show The Vampire Diaries (2013) on CW.

The actress was born on born 20 February 1987 in Oakland, California, United States. Similarly, she has American and Mexican descent.

She was mainly brought up by her aunt and uncle due to a financial crisis in her family.

Pineda completed her education at Mills College in Oakland, California. She graduated with a degree in Sociology and Radio Journalism.

Daniella debuted into the entertainment field from the role in the American comedy-drama television series, Men of a Certain Age in the year 2010. Likely, she played the role of Kit in the episode Same as the Old Boss. The actress also gains fame for playing on the internet comedy web series College Humor which is the CH Originals.

It was in the year 2011, she debuted in the movie from an American comedy-drama movie Newlyweds. She played the character, Vanessa, in the movie. The actress is represented by United Talent Agency and Imprint PR.

Daniella has been part of various series and movies like ‘Homeland’ and ‘Midnight Sun’ ‘Jurassic World: Fallen Kingdom‘. Similarly, she is well known for playing Cassidy Barrett in another Netflix original anthology thriller series What/If.  Her career breakthrough was portraying the role of the witch, Sophie Devereaux, on The CW television network fantasy supernatural series The Vampire Diaries.

The actress originally worked in both radio and technology features. She also began posting various comedy videos on YouTube related to women’s issues which made her gain recognition. Daniella has once gone door-to-door in an attempt to collect funds for the horror film Cocaine Sleepover which she had written herself.

Pineda has amassed a net worth of around $2.5 million from her acting career. However, there is no information regarding her salary.

She resides at her home in the Williamsburg neighborhood of Brooklyn, New York.

The actress has maintained a clear image without facing any rumors and scandals. Similarly, she prefers not to be involved in any controversial news too.

Similarly, she has dark brown hair with black colored eyes. Likewise, she often tends to dye her hair in different shades.

Daniella has a tattoo on the upper bicep of her right arm. She said that it was a gift that she gave herself for graduating from college.

Daniella has accumulated over 104K followers on her Instagram account. She joined Twitter in February 2010 and had collected over 42K followers. Yet it is not available as of now.