Who is Danielle Chuchran Dating?

Reflecting on the love life of Danielle Chuchran, she is possibly single at the moment. It seems like she wants to keep her personal life very confidential.

Regarding her social media reports, it is still unconfirmed whether she is married or not. She is keeping the details a closely guarded secret if she is romantically entangled. 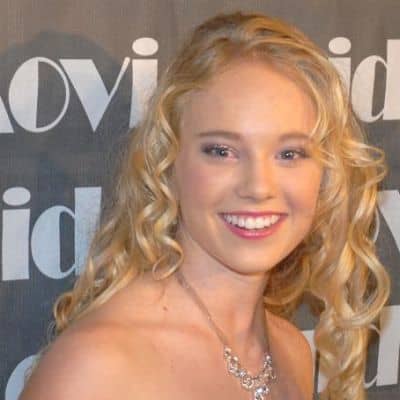 Chuchran is famous for his appearance as Verma in the Christmas film, ‘Christmas for a Dollar’, and in the movie, ‘The Wild Stallion.’

Danielle Chuchran was born in Upland, San Bernardino, California, the United States on June 9, 1993. Chuchran is 29 years old as of 2022 and holds an American nationality.

Her ethnicity is Caucasian and Gemini is her birth zodiac sign according to the astrological chart. Danielle Ryan Chuchran is her full birth name.

There is no info revealing about her parents, siblings, and educational life.

Danielle Chuchran auditioned for her first two movies for ‘The Church of Jesus Christ of Latter-day Saints.’

She co-starred alongside Evan Rachel Wood, Michael Angarano, and Vivica A. Fox in the 2001 American independent comedy-drama film, ‘Little Secrets.’

In October 2001, it premiered at the Heartland Film Festival and was theatrically released on August 23, 2002.

After then, she made a recurring role 0f Thing 1 in the American fantasy comedy movie, ‘The Cat in the Hat.’ She played Anna Mae Cottrell in the 2007 made-for-television drama film, the adaptation of Beverly Lewis’ 2000 novel, ‘The Redemption of Sarah Cain.’

Her other appearance includes the HBO movie, ‘Shot in the Heart.’ Her supporting or guest roles on several TV series include, ‘Girlfriends’, ‘Days of Our Lives, ‘The District’, ‘Crossing Jordan, and so on.

Likewise, Chuchran made a stage appearance in Mary Willard’s written and Ted Lange’s directed production of ‘Elvis and Juliet.’ She starred as a young Stephanie Forrester in flashbacks on the American television soap opera, ‘The Bold and the Beautiful.’

Danielle Chuchran has an estimated net worth that ranges between 1 to 5 million USD while her monthly/yearly salary is still under review.

Danielle Chuchran has not been part of any rumors and controversies up to date. Being able to maintain a clean profile, she has well-balanced his professional as well as personal life.

It seems like Chuchran prefers to stay out of the limelight.

Danielle Chuchran is 5 feet 3 inches tall and weighs around 50 Kg. Additionally, her body dimensions are 32-26-32 inches which means her bust and hips size is 32 inches while her waist size is 26 inches.

Talking about her physical appearance, with a fair complexion, she has a couple of hazel eyes and blonde hair.

Danielle Chuchran is active on Instagram under the username, @danielle.chuchran having more than 2.2K followers. There is an official Facebook page under her name, that is enriched with over 6.3K followers.