Danielle Deleasa is renowned as an American reality television personality, actress, and businesswoman.

Daniella is living a blissful conjugal life. She is married to the popular musician, singer, actor, and entrepreneurs Kevin Jonas. The duo met in the summer of 2007 when she went on a vacation to the Bahamas along with her family.

After two years of dating, the couple gets engaged in July 2009 and married on December 19, 2009, at Oheka Castle on Long Island. On February 2, 2014, Daniella gave birth to her first child a daughter named Alena Rose Jonas. Similarly, she welcomed her second daughter named Valentina Angelina Jonas on October 27, 2016. 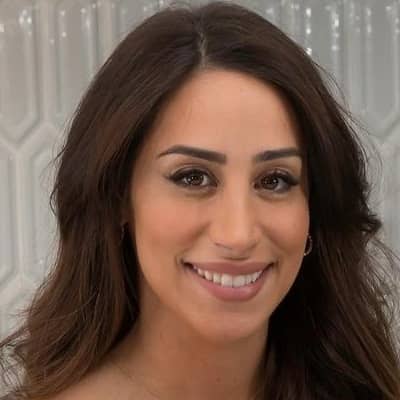 Who is Danielle Deleasa?

Danielle Deleasa is renowned as an American reality television personality, actress, and businesswoman. She is the founder of the jewelry company Danielle Jonas Co “Moments”. She came into fame after featuring in the E! reality series Married to Jonas.

Additionally, she is better known as the wife of musician and actor Kevin Jonas.

Danielle was born on September 18, 1986, in Denville Township, New Jersey, the U.S. After marriage, she changes her name to Danielle Jonas.

The name of her parents is Bucky Deleasa (father) and Angela Deleasa (mother). She has three siblings, two sisters named Dina Deleasa and Kathleen Deleasa and one brother named Michael Deleasa.

Her sister Kathleen is a fashion-obsessed blogger whereas her sister Dina is a food blogger. Likely, her brother Mike is a pop singer by profession who released his first single “Discount Paradise in July 2012.

She holds an American nationality and her ethnicity is Caucasian.

At the beginning of Danielle’s career, she was a hairdresser prior to meeting her husband Kevin. Later, she made appearances on television shows like Chelse Lately, Rachael Ray, bIG Morning Buzz Live, and so on. She became notable after appeared on the E! reality shows Married to Jonas.

The show is about her marriage to Kevin Jonas, a Jonas Brother. In the first season, the shows focused on her tumultuous relationship with her mother-in-law, Denise Jonas. Furthermore, she also has worked in Jonas Brothers music videos such as First Time (2013), Sucker (2019), What a Man Gotta Do (2020).

Besides, she is also a businesswoman in late 2013, she co-partnered with her husband and Dreft, a laundry detergent company to launch an app called Amazing Baby Days.  The app allows couples to capture all of the moments from their pregnancy through the first year of a child’s life. Similarly, she launched her first line of jewelry in December 2018 called Moments.

In 2010, the couple brought a Realtor mansion in Denville for $1.2 million which consists of five bedrooms and five-and-a-half bathrooms. After setting up Kevin’s company, JonasWerner Homes, they purchased Christie’s International real estate for $825,000.

Similarly, they purchased a custom New Jersey home in 2014 for $3.4 million however, they eventually sold the home in March 2017 for $2 million.

Moreover, she has dark brown pair of eyes as well as hair color.