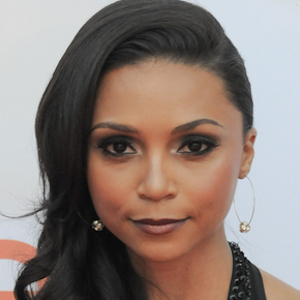 Danielle Nicolet is a married woman. She is married to her longtime boyfriend Mike Kussman. She is a builder and designer. Her marriage date and details are unknown.

Prior she had dated few guys and she went through the phase of heartbreaks also.

Who is Danielle Nicolet?

Danielle Nicolet is an American actress, best known for her roles on television. Danielle is also famous for Caryn in 3rd From The Sun.

Danielle Nicolet was born on November 24, 1973, in Ashtabula, Ohio, United States. Her nationality is American and ethnicity is African-American.

She moved with her family to Southern California at the age of 8, where she was trained as a gymnast. She was trained through her childhood, but after her knees went bad, she segued to her real passion: acting. She’s been acting since she was 16. She said, “I’m from a small industrial town in the Midwest, and it’s not a place where the arts are encouraged in kids”.

Danielle Nicolet began her acting in the early 1990s, appearing in a recurring role on the ABC sitcom Family Matters. In 1996, she landed the role of Caryn on the NBC sitcom 3rd Rock from the Sun, a role she would reprise through 2001. In the short-lived UPN sitcom Second Time following year, Nicolet had a regular role in the USA Network’s “breakout star” in the review.

After the series was canceled, she co-starred in the TNT medical drama, Heartland. That following year, Nicolet had a regular role in the USA Network comedy-drama, The Starter Wife starring Debra Messing, the series also was canceled after one season. Nicolet has also guest-starred in episodes of Stargate SG-1, Angel, The Bernie Mac Show, All of Us, CSI: Crime Scene Investigation, and Warehouse 13.

Nicolet appeared in various films including a small role as Samuel L. Jackson’s character’s teenage daughter in Loaded Weapon 1 (1990). She later had roles in the melting pot (1998), opposite Paul Rodriguez and A Wonderful Night in Split (2004). In 2009, Nicolet starred opposite Cuba Gooding, Jr. in the thriller Ticking Clock (2009).

In 2011, she co-starred in the Syfy original film, Red Faction: Origins, based on the video game. She also voiced Shaundi in Saints Row: The Third and continued to voice her in Saints Row IV and Saints Row: Gat out of Hell. In 2003, she starred in the short-lived ABC comedy series, Family Tools. She later had the recurring role on the BET comedy series, The Game, and guest-starred on Elementary and The Flash.

In 2015, Nicolet was cast in the leading role in the TV One first original comedy-drama Series, Born Again Virgin. She also played the female lead, opposite Kevin Hart and Dwayne Johnson, in the action-comedy film Central Intelligence, directed by Rawson Marshall Thurber.

Danielle Nicolet: Salary and Net Worth

Danielle Nicolet’s net worth in 2017 is estimated to be $500 thousand and her salary is around $58k.

Danielle is Acrophobic. She is very scared of heights due to which she does not prefer ass-kicking superhero or gun-toting roles.

Is Danielle Nicolet neglecting love life and marital life due to blooming career?