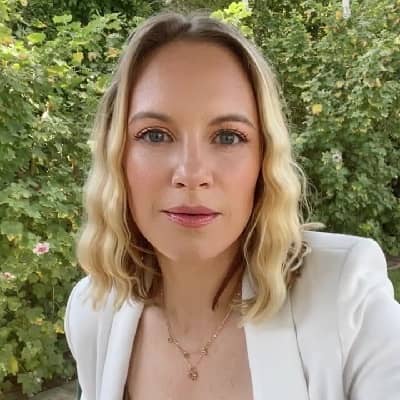 What is the relationship of Danielle Savre?

Talking about her love life, Danielle Savre is presently single and she has kept her personal life quite hidden.

Moreover, she was rumored to be bisexual ever since she played the bisexual role on ABC hit series, Station 19. However, the actress never confirmed it.

Savre is seen with many co-stars on the screen and off the screen such as Grey Damon, Maddi Pariser, Stephanie Savre, Barrett Doss, and so on.

She has also supported the LGBTQ community on the screen and mentioned she is proud to do so.

Apart from this, the star has donated her eggs to her childhood friend Chris Ogden Harkins and his husband, Jacob Ogden-Harken. She announced the news on ABC7.

Who is Danielle Savre?

Danielle Savre is a well-recognized American actress and singer.

Savre is widely famed for her roles in the 2007 MTV music drama Kaya, the 2016 TLC drama Too Close to Home, and the ABC Grey’s Anatomy spinoff Station 19.

Moreover, she is also renowned for her role in Wild About Harry and Boogeyman 2.

Danielle Savre was born on 26 August 1988. At present, her age is 32 years old. Likewise, her birthplace is Simi Valley, California, USA.

Danielle is the daughter of her father, Randy Savre whereas her mother is Kathie Savre. Moreover, she has a sister, Stephanie Savre who is a firefighter by profession. Her dad worked for the electric company and her mom was a counselor.

Talking about her nationality, Savre holds an American identity whereas her ethnicity is mixed(English, German, Italian, Cornish).

In which school did Danielle Savre attend?

Further, Daniele took her higher education at Westlake High School and later transferred to Simi Valley High School. She then graduated from Moorpark College in 2004.

Professionally, Danielle featured in the straight-to-DVD film in 2006, Bring It On: All or Nothing. Likewise, she became part of the 2009 drama film, Wild About Harry in 2007 portraying the role of Madeline, 1 2970s teenager who realizes that her father is gay.

In the same year, the actress also starred as the titular rock star character on the MTV series, Kaya which aired for one season.

Savre also performed in the 2007 horror movie, Boogeyman 2 portraying the lead role of Laura Potter. Additionally, she has starred in many television shows such as The X-Files, CSI: Crime Scene Investigation, and Charmed.

The actress then performed in the recurring role on the show, Summerland, and in the NBC series Heroes as Jackie Wilcox.

In 2014, the star then appeared as the cheating wife in the 2015 thriller film, Adulterers. In the same year, Danielle was cast as Margo, the acting head of the main shapeshifting family in the Supernatural spinoff series Supernatural: Bloodlines.

Savre also played the lead role of Anna in the Tyler Perry drama series, Too Close to Home. Additionally, the actress was also a member of music groups, Sweet Obsession and Trinity. She sang during her 2007 role as Kaya in the drama, Kaya.

Regarding her social media presence, Danielle Savre is an active personality on social media. Danielle has more than 554 k followers on her official Instagram account @dsavre.

She is also active on Twitter with around 132.4k followers.

Moreover, Savre is also available on Facebook with nearly 36k fans and supporters.

An American actress, Savre has earned a handsome amount of She has been active in her profession from the year 2001 till the present.

It is reported that Danielle Savre has an estimated net worth of $1 million as of 2022.

Danielle has never been part of any controversial matter or rumors till now. The actress has been preoccupied with her professional and private life.

It seems that Savre prefers enjoying her personal life and does not want to merge it with her professional life.

What are the body features of Danielle Savre?

32 years old star, Danielle Savre has gorgeous looks, hot figures, and an admirable personality. She stands at a height of 5 feet 6 inches. Also, she has a balanced body weight of 53 kg.

Furthermore, Savre has grey eyes whereas her hair is blonde. Her body measurements is 37-26-37 inches(chest-waist-hip) respectively.