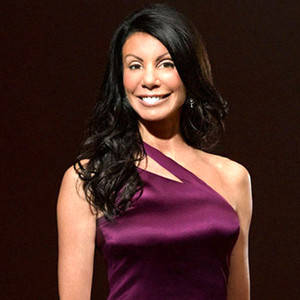 Danielle Staub is a three-time married woman. She was first married to Kevin Maher in 1986 but got divorced in 1987 which means their marriage just last for a year.

The in 2018, she exchanged vows with Marty Caffrey. But this marriage was ended in 2019. She was also engaged with Duke Oliver Maier but they are now separated.

Who is Danielle Staub?

Beverly Ann Merrill famously known as Danielle Staub was born on July 29, 1962, in Athens, Pennsylvania, USA. Her nationality is American and ethnicity is Caucasian.

Danielle was born to a 15-year-old mother of Sicilian heritage. She was adopted and given the name of Beverly Ann Merill. She was raised in Pennsylvania.

Staub said in her autobiography, The Naked truth that multiple relatives sexually abused her, writing, “The memory goes back as far as 8 years old. By 11, I started fighting back.”

There is no information on Danielle’s educational background.

In 2001, Danielle Staub briefly acted in an episode of All My Children. During the first season of The Real Housewives of New Jersey, Other participants in the reality show confronted Staub with Charles Kipp’s book Cop Without a Badge, which recounted events that surrounded an undercover FBI informer, Kevin Maher, who had once been married to Staub; Cop Without a Badge also included an account of Staub’s arrest.

She acted in several sketches including a surprise cold open where she tried to take over as the show’s host after leaving the real presenter, Danielle Fishel, bound and gagged backstage. The appearance gained media attention after one sketch, which some commentators said parodied Staub castmate, Teresa Giudice, by portraying her as a Monkey.

In 2011, Staub, along with Heidi Montag of The Hills and Jake Pavelka of The Bachelor: On the Wings of Love, starred in a food-related series for VH1 called Famous Food, in which they would “[revamp] a restaurant from the ground up.” In February 2017, it was announced Staub would return to the show The Real Housewives of New Jersey for the series’ eighth season.

She has a net worth of $1 million and her salary is not revealed yet.

Staub is a cast member on The Real Housewives of New Jersey. She’s easily the most controversial contestant on the Bravo series.

There are also some legal problems related to Danielle, in October 2009, Staub’s ex-husband Kevin Maher sued her for defamation of character after allegations were made about him. However, it was settled out of court. IN October 2010, Staub was sued again by Maher for making false allegations in her memoir The Naked Truth, after notifying the publisher Simon & Schuster, a lawsuit would be filed if the book was published.

In May 2011, Danielle Staub signed a three-year deal with Scores gentleman’s Club to appear as a fully nude stripper and to star in adult online content. But days after signing her contract for adult performances. Staub announced that she was seeking psychological and addiction treatment, and reneged on the deal.

Danielle Staub has very attractive body measurements, her Bra size (Cup size) is 36 B and height, weight is 5 feet 7 inches, and 57 kgs respectively.

While her figure measurement is 36-27-32, and the shoe size is 9. She has a black hair color and dark brown eye color.

Danielle Staub is in love again! She is dating businessman Oliver Maier!