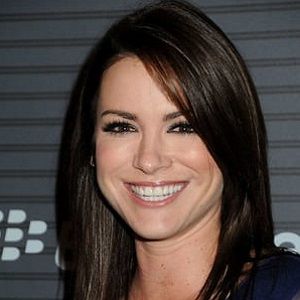 You know, you have everything you want and nobody to share it with, and that's kind of lonely.

Walking around without makeup all the time! I know that you should not do, but this is what I like to do and now it's really comfortable and fun.

Danneel Ackles has married to an actor Jensen Ackles on May 15, 2010. Their relationship blossomed when they met on the sets of Supernatural along with many TV shows. The couplet has three children, Justice Jay Ackles, Arrow Rhodes Ackles, and Zeppelin Bram Ackles.

Before Jensen, she was in a relationship with American actor Riley Smith from 2002 to 2006. Now, she is happily living with her husband and three children.

Who is Danneel Ackles?

Danneel Ackles is an American actress and model who is best known for her roles in daytime opera soap One Life to Live and One Tree Hill. Furthermore, she is known for big screen roles in  ‘Harold & Kumar Escape from Guantanamo Bay’ and ‘The Roommate’.

Danneel Ackles was born on March 18, 1979, in Lafayette, Louisiana, US. Her parents are Edward E. Graul and  Deborah Graul. Her mother is an interior designer and father is an ophthalmologist. Furthermore, there is no information about her school and university attended.

She is of American nationality and of the mixed ethnicity of English, German, Scottish, Irish and Italian.

Ackles started her career from modeling with companies like Juicy Jeans and Big Sexy Hair and appeared in Tv advertisement. Later, she got her breakthrough in TV as Shannon McBain on the TV soap ‘One Life To Live’ from 2003 to 2004. After that, she was seen recurring roles in the series What I Like About You, Joey, and JAG.

From 2005 to 2009 Ackles played the lead role as  Rachel Gatin One Tree Hill and as Sara Maxwell in the TV series Friends with Benefits in 2011.

Also Read: Biography of Barbara Alyn Woods and know her career, net worth, relationship and many more.

Besides acting in TV soaps, she has also starred in numerous films such as  Ten Inch Hero, Harold & Kumar Escape from Guantanamo Bay, The Roommate, Extreme Movie, Fired Up!, The Back-up Plan, A Very Harold & Kumar 3D Christmas, and Mardi Gras: Spring Break.

During her acting and modeling career, she has earned a quite decent amount of money and collected an estimated net worth of $3 million.

Back in 2010, there were rumors that she had hit the car while she was driving drunk. However, this rumor was later turned out to be fake. Besides this, there is no any rumors and controversy.

Ackles has a curvaceous body with the measurements of 34-24-34. She has a decent height of 5 feet and 7 inches and weighs around 58 kg.  She has attractive brown color eyes and beautiful dark brown hair. Furthermore, she fits in 34C bra size, 7 US shoe size, and 4 US dress size.

Also Read: Biography of Allison Munn and know her career, net worth, relationship and many more.