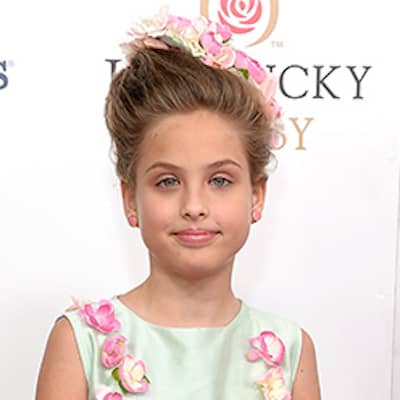 Dannielynn Birkhead’s relationship status at present is possibly single. The details of her current or past partner/affair are not revealed.

Who is Dannielynn Birkhead?

Dannielynn Birkhead is an American model and TV personality. Recently, she appeared as herself in a TV Series documentary named 20/20 (2021).

The public noticed her for being a part of a paternity case. In late April, she was seen with her dad and they were ready to attend the Kentucky Derby.

She was born Hannah Rose Marshall Stern on 07 Sep 2006 in Nassau, Bahamas. The name of her mother was Anna Nicole Smith (model/actress) and her father’s name is Larry Birkhead.

Dannielynn’s ancestry is mixed(English, Scottish, French) and her older brother was Daniel Wayne Smith. He passed away after three days of her birth due to a medicines overdose.

An Object of Paternity Battle

Larry left Anna due to a fight when she was six months pregnant with her child. Her daughter Dannielynn was born after few days after her son Daniel passed away. This demise struck her hard and Larry began to worry about her daughter.

But Anna had put Howard K. Stern as the father of her daughter on the birth certificate. So Larry first has to prove that he is the biological father. Howard is an attorney and domestic partner of Anna and was accused by Larry of plotting the separation plan with Anna.

But on 08 Feb 2007, Anna took her last breath and passed away at the age of 39 due to a drug overdose. Then Larry went to the court to claim his child. However, he was not the only one for the paternity claim. Frederic Prinz von Anhalt, Mark “Hollywood” Hatten, and Alexander Denk also claimed tet they are the father of Dannielynn.

The DNA test was done in March and the result was announced in April 2007. The claim was favored in Larry and he was declared as the father. It was then he changed his daughter’s name from Hannah Rose Marshall Stern to Dannielynn Hope Marshall Birkhead.

Dannielynn Birkhead has appeared as herself in 2013 in Life After Anna Nicole: The Larry & Dannielynn Story. In the next year, she was seen in another show named Celebrity Wife Swap and in Access Hollywood (2016).

Similarly, she appeared for nine episodes in Entertainment Tonight as herself. Moreover, as a model, she was seen posing for Guess Girl in 2013.

At present, she along with her father has an estimated net worth of around $3 million. However, her salary and other earnings are unknown.

Her mom sold her birth delivery video to Entertainment Tonight at $1 million. She left a house and $700,000 in cash for Dannielynn after her death. The house was sold for around $1.7 million in 2011.

This star child is keeping herself away from rumors and is also not surrounded by any desperate scandals. But after few months of turning one, it was said that she has strabismus.

To treat this eye condition, she went through surgery due to which she had to wear an eye patch.

Regarding Dannielynn Birkhead’s body features, her height is 5 ft 4 inches and her body weight is 46 kg.

Moreover, her eyes are hazel, her natural hair color is blonde, and has a fair skin complexion.