Who is Danny Bonaduce Currently in a Married Relationship With?

Danny Bonaduce is in a happily married relationship with a beautiful third as well as present wife named, Amy Railsback.
On 6 November 2010, they were wedded in a private ceremony as they started dating in 2007.
There is no further news available about their children and separation.
Past Relationships
1st Wife
Talking about his past relationship, he was first married to, Setsuko Hattori in 985. Though, the couple ended their marriage in 1988 due to personal issues.
2nd Wife
Similarly, he met his second wife, Gretchen Hillmer during a blind date show and the couple got married on a whim on November 4, 1990. They are parents to two children named, Isabella and Dante. However, this relationship also could not last long and they ended their union on April 9, 2007. 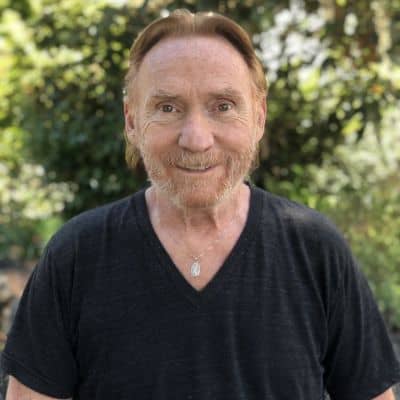 Who is Danny Bonaduce?

Danny Bonaduce is a popular American comedian, actor, radio as well as television personality, and wrestler. Danny Bonaduce is the son of Joseph Bonaduce, a TV writer, and producer who is famous for his work in ‘The Dick Van Dyke Show, ‘One Day at a time’ and others.

He is the child actor of the 1970s on the American musical sitcom, ‘The Partridge Family.’

Danny Bonaduce was born in Broomall, Pennsylvania, the United States to his parents on August 13, 1959. Bonaduce is 62 years old as of 2022 and holds an American nationality. His ethnicity is Caucasian and according to the astrology, he has a birth zodiac sign of Leo.

Joseph Bonaduce is his father’s name who is a TV writer and producer by profession while his mother’s name is Betty Bonaduce. He was raised in a dysfunctional family and suffered emotional and physical abuse.

Bonaduce has not disclosed info about his siblings as well as his educational life.

Danny Bonaduce debuted with a minor role in the ‘Going Ape’ episode of Bewitched’s season 5 which screened on February 27, 1969. Then, he starred as Danny Partridge, in ‘The Partridge Family’ which from 1970 to 1974 for four seasons. Young Artist Foundation even honored him with its ‘Former Child Star ‘Lifetime Achievement’Award for his appearance on the series.

Then he made a cameo appearance in the episode of ‘Married…with Children.’ On a celebrity episode of ‘Sex Wars,’ he made a guest appearance. He hosted, ‘Danny!’ a talk show, from 1995 to 1996 TV season and appeared as a co-host of the American daytime talk show, ‘The Other Half’ starring Dick Clark, Mario Lopez, and cosmetic surgeon, Dr. Jan Adams.

Lion Records released his self-titled debut in 1973. He then began to appear as an on-air radio personality in the late 1980s. On The Loop WLUP in Chicago, he hosted his own radio show, ‘The Danny Bonaduce Show.’ He then appeared as a morning show host for New York City’s Big 105 WBIX for a long period in 1998. In early 2011, he was ordained online for performing a wedding ceremony as part of a 94WYSP radio promotion as an ordained minister.

Hurst won the fights against Donny Osmond and former Brady Barry Williams. By a TKO in the second one-minute round of a planned three-round fight, he defeated ‘Reverend’ Bob Levy on September 13, 2008. He performed in the ring at the ‘Rosemont Horizon’  in opposition to TV Star, Christopher Knight and he won it.

Then, he played his second professional wrestling match at Total Nonstop ActionWrestling’s April pay-per-view event Lockdown over Eric Young, and he lost the game. He participated in Hulk Hogan’s Celebrity Championship Wrestling as a Key player.

Ryan Hurst released an autobiography, Random Acts of Badness in 2002.

Danny Bonaduce has an estimated net worth of around 5 million USD according to the Celebrity Net Worth of 2022,  while his salary and income are still unknown,

Danny Bonaduce has been in the limelight and has controversies due to legal issues. He was arrested on March 9, 1990, while he was going to buy cocaine in Daytona Beach, Florida after which he was fired from WEGX. He was immediately fired from KKFR.

Similarly, he again got arrested in Phoenix on the charge of beating and robbing a transvestite prostitute, Darius Barney.

Danny Bonaduce is 5 feet 5 inches tall and weighs about 75 Kg. Besides that, with a fair complexion, he has a couple of dark brown eyes and hair of the same color as well.

Bonaduce is active on social media platforms with huge fan followings. He is available on Instagram under the username, @therealdannybonaduce which has around 10.7K followers while his Twitter account is enriched with more than 52.8K followers.

Moreover, there is an official Facebook page under his name, that has garnered about 6.4K followers.