Danny Brown is a rapper, singer, and songwriter who has a voice and humor. He is currently single.

He wants to keep his personal life secret. He did not reveal his girlfriend or partner’s name in the media. But, definitely, he does not want to be alone. In one of his interviews, he said, when the time comes, he will be introduced to the world. 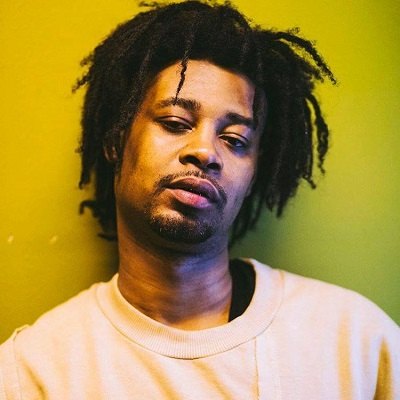 “I never was a crazy liquor drinker, and I don't like beer that much - though I keep the brews at home because my homies love beer.” “I don't really feel famous. I'm just an internet guy. I walk down the street and people don't really mess with me too much. I still have my life." “The reason I never wanted to sign with a big label was because I didn't want no one telling me how to make my music.”

Who is Danny Brown?

Danny Brown is an American rapper, singer, and songwriter.

He is a rapper with a different voice, humor, and inspirational rhymes. Everybody was motivated after listening to his music.

Danny Brown was born Daniel Dewan Sewell on March 16, 1981, in Detroit, Michigan, the U.S. His birth sign is Pisces.

His one and only dream were to be a successful rapper during his childhood.

There is no information about his education and his other family detail.

When he was 18, turns into a drug seller because his friends were doing. He does not want to be involved in these activities. But due to a lack of money, he had to do these things. He was charged by the court two times in the case of a drug dealer. The second time, he ran from the court and disappear for five years. However, the police caught him and he has to spend 8 months in jail. After that, he wants to take his passion and his dream more seriously.

Danny Brown started his career as a member of Reservoir Dogs, which is a hip-hop group, including two rappers, chips and Dopehead. They also released their first album Runispokets-N-Dumpemindriva in 2003. Later he gets an offer from the record label, Roc-A-Fella Records. He began to record music with different artists in that studio. He could not get much success from his records.

In 2010, he released his debut album called, the Hybrid, collaborating with American rapper Tony Yayo.

He also received a Woodie Award for his song titled, Grown Up, in 2013.

On October 4, 2019, his fifth album, U Know What I’m Sayin? was released. This time he worked with the British independent record label, Warp Records.

Brown Youtube channel titled dannybrownbruhbrun has 154 k subscribers. He Joined this youtube community on August 12, 2013. His channel has millions of views.

He mostly released his different albums and ep songs through his youtube channel. in February 2020, his rap song titled, Danny Brown – 3 Tearz(Official Video) ft. Run The Jewels was released. His popular uploaded songs, are Danny Brown -DIP and 25 bucks feat. Purity Ring has over 7 million views on it.

As a hip-hop singer and rapper, his average salary is $45 thousand.

The songwriter’s average salary is around $43 k.

Recently, he has not been in any rumors and controversies.

Brown is 6 feet 2 inches tall and their weight is 85 kg. He has dark brown eyes and black hair.