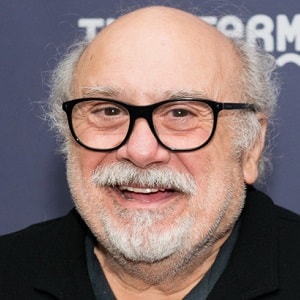 Danny DeVito has been married to Rhea Perlman on January 28, 1982. They first met on January 17, 1971, when she went to see a friend in the play ‘The Shrinking Bride’ which featured DeVito. They have welcomed three children: Lucy Chet DeVito on March 11, 1983, Grace Fan DeVito in March 1985, and Jacob Daniel DeVito in October 1987.

But, the couple separated after 30 years of marriage in October 2012. They reunited in March 2103 but again separated in March 2017. But, they have no plans of getting a divorce. Instead of separation, some source, Radar Online stated that they are planning to renew their wedding vows.

Who is Danny DeVito?

Danny DeVito is an American actor, director, comedian, and producer. He won Emmy Award and a Golden Globe Award for his character as Louie de Palma in the TV series ‘Taxi’. He has made his appearance in some of the famous music videos like Dream’s song ‘Rockin’ That Thang’ in 2009.

What is the Age of Danny DeVito? Who are his Parents, Siblings?

He was born on November 17, 1944, in Neptune Township, New Jersey, USA. His birth name is Daniel Michael DeVito, Jr. and he is currently 74 years old. His father’s name is Daniel DeVito Sr.(business owner) and his mother’s name is Julia DeVito. He has sisters named Theresa Scala and Angela Lucia. He holds American citizenship and his ethnicity is Italian.

He attended Oratory Preparatory School and finished his high school in 1962. He was only 14 years old when he attended  Later he joined American Academy of Dramatic Arts and got certified in 1986. After graduation, he served as a cosmetician.

He played the reprising role of Martini in the 1975 film ‘One Flew Over the Cuckoo’s Nest’ and continued acting in the hit TV show ‘Taxi’ where he played the role of Louie De Palma. He starred in ‘Romancing the Stone’ alongside Michael Douglas and Kathleen Turner.

Danny played in ‘Ruthless People’ in 1986 and made his feature-directing debut in the dark comedy ‘Throw Momma from the Train’ in 1987. He united with Turner and Douglas and directed and co-starred in ‘the War of the Roses’ and later appeared in ‘Tin Men’, ‘Natman Returns’, ‘Matilda’, ‘The Rainmaker’, ‘Hoffa’, ‘Jack the Bear’, ‘The Big Kahuna and Heist’, etc.

He made a partnership with Morgan Freeman’s company ‘Clickstar’ and hosted a documentary channel ‘Jersey Docs’. Danny made his West End debut from the ‘The Sunshine Boys’ in April 2012, and later produced ‘Garden State’, ‘Pulp Fiction’, ‘Get Shorty’, ‘Erin Brockovich’. He also played in comedy series like ‘Reno 911! And Reno 911!: Miami’.

He debuted directing form ‘The Rating Game’ in 1984 which was followed by ‘The War of the Roses’, ‘Matilda’, Death to Smoochy’, ‘Duplex’ and ‘Queen B’.

What are Danny DeVito’s Awards?

What is the Net Worth of Danny DeVito?

He has an estimated net worth of around $80 million and his main source of income is from his professional career.

There was a rumor by Brie Larson that Danny was in the new Han Solo movie but after speculation, it was found that he was not starring in the film.

What is Danny’s Height and Weight?

Meet the ‘Austrian Oak’ Arnold Schwarzenegger and catch the latest on his career and details about his past accidents and broken bones!