Internet star Danny Duncan is low-key about his love affair. He is currently single.

Danny Duncan is currently single. However, we cannot be too sure of this as he keeps his love life very private.

Still, his vlogs and social media posts both suggest that he is not dating anyone right now.

Due to his private nature, nothing is known about his past relationships and girlfriends as well. 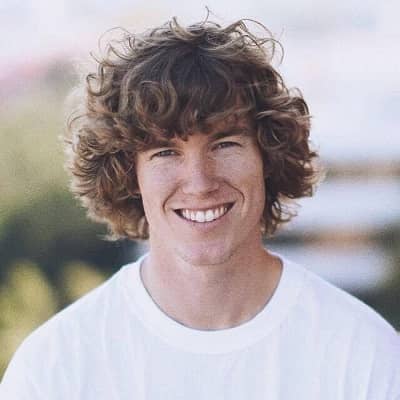 “There’s a bunch of people playing volleyball, so Nick is gonna run out there in his little thing and f*cking steal the ball.”

“We’re gonna go bring this somewhere to uh fix it. My friend over here destroyed my car so I have to turn it into a convertible now. I think that’s the only solution.”

Who is Danny Duncan?

Danny Duncan is a popular American Youtuber and social media personality. He is a well-known Youtuber for his entertaining vlogs and pranks he posts on his channel.

He is loved by his fans for his sense of humor and lively nature and also has a huge fan following on social media.

Danny Duncan, real name Garry Winthrope, was born on the 27th of July, 1992 in Eaglewood, Florida, USA. As of now, his age is 28. His nationality is American and his ethnicity is Caucasian.

Talking about his parents, Danny was born to his mother Susan, and his father, whose name is not known. His parents separated when he was still quite young and he was raised by his mother. He has not revealed much else about his parents but has posted their pictures on social media. Danny grew up in Florida alongside his sister and his half-brother Matthew.

As for his education, Duncan graduated from Lemon Bay High School in 2010. He has not clarified if he went to college or not, but he most probably didn’t as he was able to make a career out of Youtube after high school.

Danny first worked at a local Walgreens after his high school graduation. But he got tired of it after a while and decided to try Youtube. He created his channel on the 7th of March, 2014, and posted his first video in June. Most of his early videos were focused on skateboarding where he showed his skills and also gave tips and advice to his viewers. And after his videos started gaining more attention he added more variety to his content with vlogs, skits, and pranks. His sense of humor was loved by the audience and his channel grew fast.

As of 2021, he has over 5.8 million subscribers and his videos are viewed by millions of people. The production and editing in his videos have improved with time and his videos are always entertaining. Danny has also launched his line of merchandise under the brand name Virginity Rocks. His creative pranks and hilarious antics have made him popular on social media as well.

As of 2022, Duncan’s net worth is estimated to be around 5 million U.S. dollars. He has not shared anything regarding his annual salary yet.

Over the years, Danny has been involved in several controversies due to his sometimes reckless activities. Back in 2016, Danny and his friend Conner made a pool on the back of their pickup truck and drove it around town. This did not sit well with the police though and they booked him on the charge of endangering their and other drivers’ safety. He was also criticized by a lot of FouseyTube fans after he shared that most of FouseyTube pranks are staged.

Danny stands at a height of 5 feet 8 inches tall and his weight s roughly 68 kilograms. He is blessed with good looks and has maintained a slim and attractive physique. His hair is light brown and his eyes are blue.

Get to know more about the lives of Supreme Patty and FouseyTube as well.