Danny Fujikawa is a Musician and record producer who is renowned as the partner of Kate Hudson. He is in a relationship. 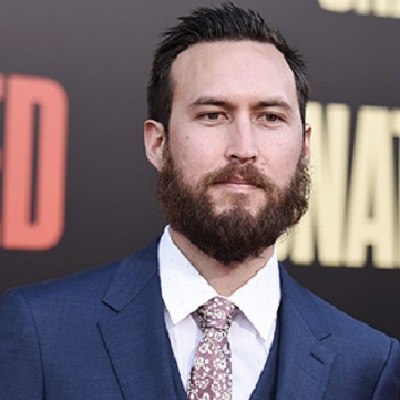 Danny Fujikawa is unmarried but he is not single either.

Danny is in a long-term relationship with the actress, Kate Hudson. The couple first met back in 2004 through his stepsisters, Erin Foster and Sara Foster who happens to the best friend of Kate too.

At the time, Kate was pregnant with her child, Ryder with her ex-husband Chris Robinson. Since then, they had known each other.

However, they started dating back in December 2016 when they went for the hike. The hike turned out to be the first date of the couple. Since them, they are in the relationship.

Moving forward, on the 6th of April, they announced that they are expecting a child.

Later, on the 2nd of October 2018, they broke the news via Instagram that they had a daughter. They named her Rani Rose Hudson Fujikawa after her grandfather, Ron Fujikawa.

In Kate’s recent interview, Kate hinted that they are going to get married soon.

Who is Danny Fujikawa?

Danny Fujikawa is a Musician and record producer. He is renowned as the partner of an Oscar Award-winning actress, Kate Hudson.

Danny is also the former lead vocalist of the rock Band, Chief. He is also the founder of the recording label, Lightwave Records.

His father, Lt. Ron Fujikawa is of Japanese ancestry with Far-East Asian ethnicity whereas his mother, Melissa Linehan is of British-Scottish-Irish ethnicity. His grandparents migrated to the United States from Japan.

He has two siblings Michael and Brady.

Their father, Ron Fujikawa was a lawyer by profession and one of the founders of the Fujikawa & Towle law group. In 2012, he passed away. He spent the last 10 years of his life with his devoted companion, Rebecca Foster.

In 2000, he joined Windward High School in Los Angeles, California. Later, in 2004, he graduated from High School and joined the New York University to study music.

In 2006, he dropped out of University to travel the world and play music.

– After dropping from the University, Danny Fujikawa co-founded the rock band, Chief along with his brother. In the band, he used to be the lead vocalist and guitarist of the band.

– After 5 years, they left the band. In Mar 2013, he joined the company, Swim as the project manager. At the time, he managed research for underwater acoustic communication.

– Leaving the job as the project manager and he founded the recording label, LightWave Records. However, he parted ways with the company after 2 years. In the time interval, in May 2015. Moving forward, he also became an Assistant Editor of the Nomad Editing Company.

– Currently, he is a self-employed editor and a musician of the music band, Honesty. Also, he is active as a record producer too.

In June 2007, he formed the band Chief through which he started his musical journey. At the time, he was the lead vocalist companioned by other members Evan Koga (Vocalist), Mike Moonves (Bassist & Guitarist), and Michael Fujikawa (Drummer).

In 2008, the band launched its debut Extended Play, The Castle is Gone. Moving forwards, they launched the debut singles, Mighty Proud under the recording label, Domino Records.

After that, the band went on a musical tour in the country. Later, in August 2010, the band launched its debut album, Modern Rituals which is also the last album of the band.

In June 2011, the band gave their last performance in the show, The Troubadour.

Besides that, as a musician, his earnings are in the range of $21k to $210k. Apart from that, he also makes through his record production too.

To date, he has been far from any kind of controversy that created a buzz in the media. Similarly, there are no rumors too.

His height is 6 feet 1 inch and weighs around 75 kg with a slim-fit body physique.

Danny is active on Instagram with the handle, swimswammyslippyslappy with over 47.5k followers.