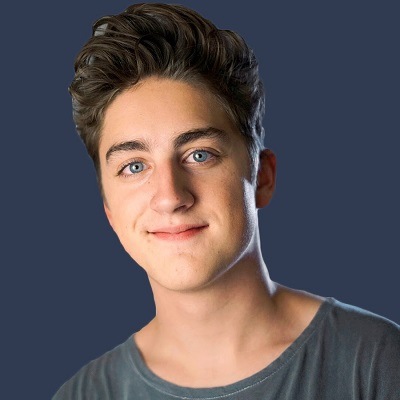 Processed with VSCO with g3 preset

Who is Danny Gonzalez?

He is well known for his self-titled YouTube channel and his comic vine videos.

As of January 17, 2020, he released an official song titled, Yummy, on his Youtube channel.

Danny Gonzalez was born on June 12, 1994, in Illinois, United States. Her birth sign is Gemini. He was born to father, Dave Gonzalez, and mother, Judi Gonzalez.

He joined the High School in Atlanta. Later, he graduated from the Georgia Institute of Technology with a degree in Computer Science, in 2016.

From May 19, 2013, Gonzalez started to post short comic videos on vines. He accumulates more than 2 million fans and followers on Vines. He gained this massive follower due to his special effects videos and comic videos. In all of his Vine career, he collaborated with other famous viners such as BigNik, Esa Fungtastic, Brennen Taylor, Thomas Sanders, etc.

Gonzalez has a self-titled YouTube channel with 3.32 million subscribers. His channel already has reached over a million views. She joined a YouTube community on September 8, 2014. His popular uploaded video titled, Trying Troom Troom’s Awful Pranks, has more than 10 million views on it. He also sings well and sometimes he posted his different songs on his youtube channel.

Gonzalez has 614 k followers on Instagram with id dannygonzalez. He already has over 600 posts on his Instagram wall. He followed personalities like Mason Ramsey, Safiya Nygaard, Jeff Wittek, Haley Pham, Tom Holland.

Gonzalez’s net worth is approximately $3 million.

He was not involved in any rumor and controversies.