Posted by MarriedBiography Posted on August 3, 2020 | In Child , Married , Relationship
Share this 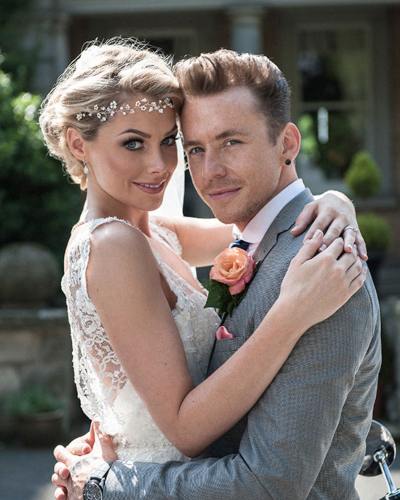 Georgia Horsley is the wife of a famous English musician Danny Jones. The model is happily married to her husband and has a child together. As the couple is a public figure, people are curious about their life behind the camera. Here is everything about her married life, motherhood, and her personal life.

The British musician dated Horsley for four years before going down on the knees to propose her. In 2013, he proposed his girlfriend in Cyprus during their holiday. The couple tied the knot after a year of the proposal in August. The guest list included their friends, family, and there some celebrity guest like Ellie Goulding. Goulding sang her hit ‘How Long Will I Love You?’ for the couple’s first dance at the wedding.

During the 2018 new year, she posted a post revealing the ups and downs she faced during the period. At the time, she revealed the couple conceived the baby after trying for a long time. The model shared her excitement during the interview saying:

“I think we’re having a boy. I’m going to be a mess at the birth – when I find out if we have a son or a daughter, when I meet him or her. I’d love to know but we’ve decided we want to have that big surprise.”

Horsley gets candid about her intimate life with her husband after the birth of their first baby. On the podcast in 2019, the mom of one talked about parenthood and struggle to have an immediate bond with their baby. She reflected on the reality of life after having a baby. On the podcast, she stated:

“We can’t have had sex for a year (at one stage) because after you have your baby you’re healing and after two months into getting pregnant we didn’t have sex. He was alright he got what he needed! I do think sometimes you’re not getting on very well with your other half, I know that we just need to have sex.”

The model revealed having a baby brought the major change in the sex life of the couple. Moreover, she also candidly revealed her experience while she went to labor to give birth. The model was anxious as she was experiencing postnatal depression after turning mom.

You may also read-‘Married At First Sight’ actors, Bennett Kirschner and Amelia Farsi, Facts You Need To Know!

Danny Jones is a British musician recognized as one of the main lead vocalists for the British band McFly. He is also involved in the British pop-punk band McBusted. See more bio…

You may also read- Dennis Jauch happily married life with Leona Lewis! Know about his social media, net worth!