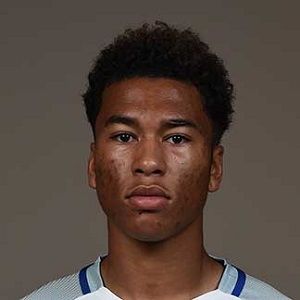 What is the relationship of Danny Loader?

Danny Loader is an unmarried man. He is too young to be in any relationship as he is totally concentrated on his game. So far, he has not seen anyone and he never spoke about his personal life in the public and media.

Who is Danny Loader?

Currently, he plays for the EFL Championship club Reading FC as a forward. At the international level, he represents the U17 as well as the U18 England team.

Previously, he has also played for the U16 national team. He is also a member of the England team that has recently won the FIFA U17 World Cup.

Danny was born on August 28, 2000, in Reading, the United Kingdom to Anglo-Saxon ancestry. From the beginning of his childhood, he had a keen interest in football and began to play at a very early age.

Talking about his early life, he grew up in Reading, Berkshire.

Moving towards his education, Danny attended Leighton Park School and Forest School from the age of 11.

Danny Loader began his career in the youth team of Wycombe Wanderers. Later, he joined his hometown club Reading in 2012. As a professional player, he made his senior team debut at the age of sixteen in August 2017.

Later, he signed his professional contract with the club. As an international player, the 17-year-old wonder boy has played in the U16 national team and earned 11 international caps scoring two goals. Furthermore, Danny started to play for the U17 team in 2016. So far, he has netted six goals in 14 matches.

Apart from that, Danny has also represented the England U18 in two matches. In addition, he was also a member of the England team that has to win the recently held U17 FIFA World Cup in India.

So far, Danny has not won any individual awards. Although, he has recently clinched the U17 World Cup which was held in India along with his teammates, Phil Foden, Rhian Brewster, Angel Gomes, Joel Latibeaudiere, and Morgan Gibbs-White.

Being a star footballer, Danny’s market value is €500k.

He earns a decent amount of money from his profession. However, his net worth is about $1.5 million as of 2022, but his salary is unknown.

As of now, there are not any drastic rumors regarding his personal and professional life. Moreover, he has never faced any controversy to date. It seems Danny has total focus on his work rather than being stuck in any controversy.

Concerning his body measurements, Danny Loader has a height of 6 feet and a weight of 68 kg. Moreover, he has black eyes and black hair.