Reflecting on the personal life of Danny Meyer, he is a married man. He married Audrey Rayelyn Heffernan in 1988 in an interfaith Roman Catholic and Jewish service at the Unitarian Church of All Souls in Manhattan.

He has been blessed with four children, Peyton, Hallie, Charles, and Gretchen. There isn’t any information on him being in other relationships that we know of. 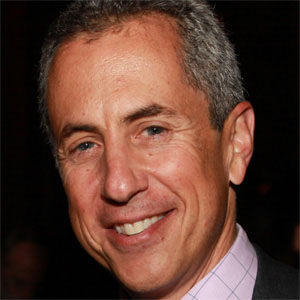 Life is a series of waves to be embraced and overcome

A great restaurant is one that just makes you feel like you're not sure whether you went out or you came home and confuses you. If it can do both of those things at the same time, you're hooked

Hospitality is almost impossible to teach. It's all about hiring the right people.

Who is Danny Meyer?

Tall and handsome Danny Meyer is an American renowned restaurateur as well as the CEO of Union Square Hospitality Group.

American restauranteur Danny Meyer was born in St. Louis, Missouri on 14 March 1958. He is 63 years old. His ethnicity is unknown and has an American nationality.

His birth name is Daniel Meyer. His father, Morton suffered from bankruptcy when he was 14 years old and his mother’s name is Roxanne Frank. He has a brother and a sister.

He graduated from college with a degree in political science in 1980. He used to work as a tour guide in Rome for his father.

Talking about the career journey of Danny Meyer, he started his journey working in  Chicago as Cook County Field Director for John Anderson’s 1980 independent presidential campaign.

In 1984, he gained his first restaurant experience as an assistant manager at Pesca, an Italian seafood restaurant in the Flatiron District of New York City.

His business ran through success and he started opening one after another restaurant.

Meyer is also an author who has published several books including The Union Square Cafe Cookbook, Second Helpings from Union Square Cafe, Setting the Table, and  Mix Shake Stir. In 2005, he has won the Readers Digest Award for Best Restaurateur.

Danny Meyer: Salary and Net Worth

This talented restaurateur and businessman have made a huge fortune in his career. He now has around $400 million of net worth.

He suffered controversy when he banned tips in his famous New York restaurants but increases prices by up to 25% so that all staff and not just the waiters benefit from customer generosity.