Popular from the role as Jonathan Levinson in ‘Buffy the Vampire Slayer’ and Doyle McMaster in ‘Gilmore Girls’.

Danny Strong is currently engaged to Caitlin Mehner. Caitlin was featured in an episode of ‘The Blacklist’. The pair engaged on 29th December 2016.

Danny announced the happy news with an Instagram photo of his bride-to-be showing off her new diamond ring. Neither of them has spoken about the future of their relationship at present. 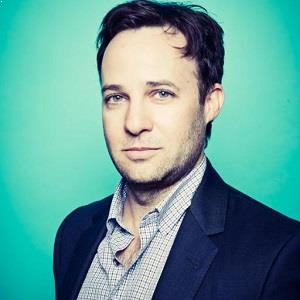 Only on Buffy can you get killed and do three more episodes.

on "Buffy the Vampire Slayer"- It just gets bigger each year. It's really exciting how much it penetrated this public consciousness in a way. People teach courses about it and there are Joss Whedon courses in universities. People write their dissertations on it. It's incredibly flattering and I'm really honored just to have been a part of it. It's very exciting.

Who is Danny Strong?

Danny Strong is an American actor, screenwriter, and producer. People mostly know him from the role as Jonathan Levinson in ‘Buffy the Vampire Slayer’ and Doyle McMaster in ‘Gilmore Girls’. Additionally, he is also a co-creator, executive producer, and writer for the Fox series ‘Empire’.

Danny was born in Manhattan Beach, California, on June 6, 1974. Throughout his childhood years, he was raised in a Jewish family of Lithuanian, Russian, and Polish origin.

He became interested in the world of show business since his early life. He is of American nationality. Furthermore, he belongs to Ashkenazi Jewish ethnic background.

Talking about his education, Danny attended Mira Costa High School. Later, he studied film and theatre at the University of Southern California.

Danny initially began acting at a young age. In 1994, he appeared in the TV series ‘Saved by the Bell: The New Class’ as Stanley / Noogie. Later, he played the role of a student in 1995 film ‘Dangerous Minds’. Since then, Danny has appeared in numerous movies and television series. Furthermore, he has more than 45 credits as an actor.

Some of the movies and television series that he has been part of are ‘Billions’, ‘Gilmore Girls: A Year in the Life’, ‘Popstar: Never Stop Never Stopping’, ‘Justified’, ‘Knight of Cups’, ‘Mad Men’, ‘Grey’s Anatomy’, ‘How I Met Your Mother’ and more. Additionally, as a writer, he has written for TV shows like ‘Empire’ and movies like ‘The Hunger Games: Mockingjay – Part 2’, ‘Lee Daniels’ The Butler’ and others. In addition, Danny is also a successful producer and director.

Danny has 5 wins and 7 nominations to his name for various awards. He won the Primetime Emmy Awards in 2012 for ‘Game Change’. Additionally, he has also garnered the Oglethorpe Award for Excellence in Georgia Cinema nomination in 2015 and 2016. Furthermore, he was also nominated for the Image Award in 2014 and 2016.

Danny has not revealed his current salary. However, he has an estimated net worth of around $ 5 million.

Danny became indirectly involved in controversy after his Fox show ‘Empire’ attracted numerous controversies along its way. At present, there are no rumors concerning Danny and his career.

Talking about his body measurement, Danny has a height of 5 feet 2 inches (1.57 m). Furthermore, his hair color is brown/black and eye color is blue.