Danny Wood is a known singer, songwriter, record producer, and also occasional actor from America. He is currently single.

He had married Patricia Patty Alfaro. They met each other at a party in Boston and not after that did they start to date each other. They tied their knot on 7 December 1997. They were together for 9 years but sadly they got separated on 10 March 2006. He has 3 children. They are Daniel Jr his son and daughters Chance and Vega. 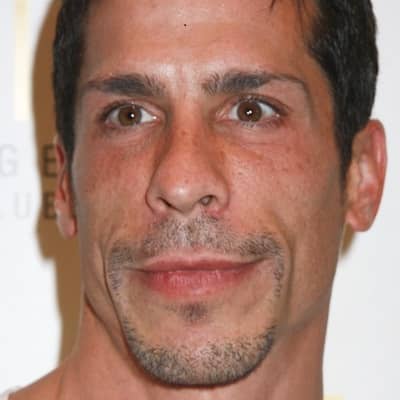 Who is Danny Wood?

Danny Wood is a known singer, songwriter, record producer, and also occasional actor from America. He is also one of the members of the Band named New Kids on the Block and acts as the choreographer for the band in the late 80s and 90s.

Daniel William Wood was born on 1969-5-14 in Dorchester, Massachusetts, United States. Wood holds the citizenship of the United States.

He was born to Elizabeth Wood his mother who was a teacher and Daniel Wood his father who was a mechanic. Sadly, his mother has passed away on 19 September 1999 due to suffering from cancer. His siblings’ names are Rachel Wood, Brett Wood, Melissa Wood, Bethany Wood, and Pam Wood.

From the early, he was very much interested in music. He started to take classes singing at the age of seven and at the same time he started to learn to play instruments like guitar and piano. He also went to attend Dorchester High School. After his matriculation, he started to give his whole focus on being a singer.

Danny is a member of the well-known band New Kids on the Block. He joined this band at the age of 16. Maurice Starr, the band’s producer, created and produced a number of the band’s songs, including their self-titled debut studio album, released in 1986, as well as Hangin’ Tough and  Step by Step.

Some of his singles are What If, When the Lights Go Out, Different Worlds, Look at Me, and Endlessly.

There are many details about Danny receiving any kinds of awards and nominations. Maybe in the future, he might receive one and share with local people about his achievements.

He has been successful in his career and also has helped many people suffering from cancer by donating and raising money for them. Danny has shared his net worth which is estimated to be $16 million as of 2022, whereas has not shared his annual salary.

He is a philanthropist and had been raising money to donate those amounts of money to the people suffering from breast cancer in the name of his mother who lost her battle against cancer. He has been working with several charity organizations and also donated money to a Boston animal shelter. He also ran a marathon in support of the Alzheimer Association.

Danny has been into bodybuilding since he was young. He was so into bodybuilding that he also started to work out in the gym while attending his senior year. He has short black hair, brown eyes, and a brown complexion. He stands at the height of 5 feet 8 inches tall and weighs 78kg.

He has 241k followers on Instagram, on Facebook he has 48k fan following and on Twitter with 217.8k followers and 12.8k tweets. He has a huge fan base who loves him and supports him in every step of his life. He also is active on YouTube with the channel name @DannyWood with 22.4k subscribers.