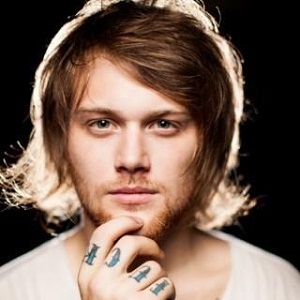 Don't be what you're told to be. Follow your own path. Be your own person. Don't get held down by everyone else

We all lose someone at some point in our lives, But don't ever let go of that smile. Hold on forever, Because that's our final dedication

Danny Worsnop has been in relationships with Jamie Doe in 2013, Myca Gardner from 2010 to 2012, Amor Hilton in 2009, and Lexus Amanda. Since 2016, he is a relationship with Sarah Ross, a local singer-songwriter.

Recently in Aug 2017, Danny proposed to his girlfriend Victoria Potter. It happened in midway through the band’s performance at the EST Fest V in Butler, Ohio. This couple is still together.

Who is Danny Worsnop?

Danny Worsnop is a British musician, singer, and songwriter. He was prominently known as the lead vocalist of rock bands Asking Alexandria and We Are Harlot.

The band has released three studio albums, two Eos, one remix album, and one short film.

Danny Worsnop was born on 4 September 1990 in Beverley, England. His nationality is British and ethnicity is English.

He has a birth name Danny Robert Worsnop. His mother’s name is Sharon Worsnop and his father’s name is Philip Worsnop. He was raised with his younger sister in the village of Gilberdyke in Yorkshire by his parents.

When he was eight years old, he began taking violin classes, and then he became a member of the local orchestra.

Further information about his education is unavailable. He took up guitar and bass and became more influenced by rock and metal music.

Danny Worsnop also learned to play guitar and bass, and in his teens, he became a member of the metalcore band Asking Alexandria and his musical career officially began in 2008, with the band’s debut album released in the following year under the title “Stand Up And Scream”, produced by Joey Sturgis in 2009.

The band’s second album entitled “Reckless & Relentless” was released in 2011, reaching No. 7 on the UK Rock Chart, and No. 30 on the Australian Albums Chart. The band’s third and last album was released in 2013, named “From Death To Destiny”, which was very successful, increasing further his net worth, as it topped the Top Hard Rock Albums chart.

In 2015 Danny Worsnop left the band Asking Alexandria, as four years previously he had formed his own band named We Are Harlot. He released their debut single “Denial “ in 2014, and in the following year was released the band’s debut self-titled studio album, reaching No. 165 in the US, and No. 58 in the UK.

Furthermore, Danny is also known as a solo artist, as he will release his debut solo album “The Long Road Home” in 2016, and for the first single from the album, named “I Got Bones”, a music video has been made.

Apart from his successful career as a singer, Danny has tried himself in other business ventures, such as in acting, as he made his debut appearance in the film “What Now” (2015), directed by Ash Avildsen, followed by the role of The Smith in the film “Alleluia! The Devil’s Carnival” in the same year. Besides that, he has also published his autobiographical book “Am I Insane?”.

Danny Worsnop: Salary and Net Worth

This musician and singer have gained popularity and money from his successful career. As for now, he has a net worth of $3 million but his salary is not revealed yet.

According to rumors, he was rumored of dating Lexus Amanda, but none of them spoke publicity in this regard. Rumors that former vocalist Danny Worsnop would be rejoining Asking Alexandria ignited last week when Worsnop and Ben Bruce revealed they had squashed their beef over some drinks.

Rumors began circulating after guitarist Ben Bruce posted photos with Worsnop while they were partying, clearly indicating that the longtime bandmates had settled their beef.

Danny Worsnop has a height of 6 feet. His body weight is 75kg. He has light brown hair and green eyes.