Updated On November 15, 2022 | Published By: Macmillan
Share this
Married 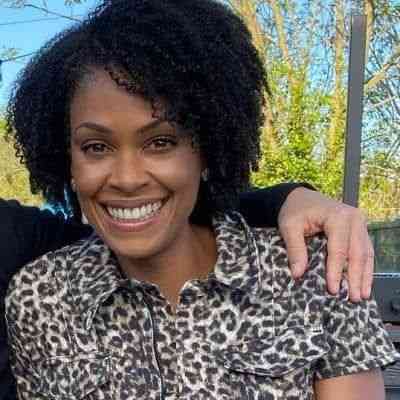 What is the relationship of Danyelle Sargent?

Talking about her relationship details, Danyelle Sargent is happily living a married life with Arkansas Razorbacks’ head coach, Eric Musselman. The couple tied the knot in 2009 in a private manner.

Moreover, the former reporter and his husband, Eric welcomed their baby girl named Mariah Musselman in 2010. Also, Sargent has two stepsons whose details are still not available. Sargent lives happily with her family without any sign of complications.

Who is Danyelle Sargent?

Danyelle Sargent is a well-known former American sports television reporter and sportscaster. Sargent is widely famed as the wife of the head coach of Arkansas Razorbacks, Eric Musselman.

Moreover, she has been working in this field for a long time and has been linked with many channels such as ESPN, FOX Sports, WGXA, Yahoo Sports, and so on.

Danyelle Sargent was born on 7 May 1978. At present, she is 43 years young star. Likewise, her birthplace is Florida,  the USA.

Not much is known about her father and mother’s details, Danyelle has been secretive about her family details. Moreover, she has not mentioned her sibling’s information in the public yet.

Talking about her nationality, Sargent holds an American identity whereas her ethnicity is African-American.

Regarding education, the sportscaster completed her higher schooling at a local school. Later, she graduated from Florida State University and started working as a reporter.

After completing her graduation, Danyelle started working at WGXA in Macon, Georgia. Later, she served as a sports reporter and anchor for Metro Sports which is a local Time Warner Cable sports channel in Kansas City, Missouri. She also worked as a sideline reporter for the Kansas City Chiefs during the 2004 pre-season.

In 2004, Sargent began working at ESPN television network. She worked for ESPN’s Cold Pizza. She had signed the contract for two years which was not renewed after it expired in 2006. From there, the reporter made her Fox Sports Net debut on FSN Final Score on 5 November 2006.

Sadly, Danyelle’s last night anchoring FSN Final Score was on 27 June 2011. She also featured in a taped segment during the last FSN Final Score later that week on 1 July 2011.

The star also worked as a host for Yahoo! Sports from 2011 to 2012 where she covered college football, the NFL, fantasy football, NASCAR, and high school recruiting.

A well-known personality, Sargent has earned a healthy amount of money from her profession. She lives a quality life along with her family.

It is reported that Danyelle Sargent has an estimated net worth of $1 million. Also, her husband, Eric is believed to have a net worth of $2 million.

However, the news reporter has not disclosed her exact salary, earnings, and assets details till now.

Danyelle has been involved in minor controversies multiple times. She became the subject of a minor issue on 9 March 2006, when a series of technical difficulties happened while she was co-anchoring a live broadcast of ESPN news.

Further, during her tenure at Fox Sports, Sargent was conducting a taped, pre-game interview with the new head coach of the San Francisco 49ers, and mentioned the person’s name who had already dried on 30 July 2007.

Other than that, Sargent prefers enjoying her personal life and does not want to merge it with her professional life.

43 years young star, Danyelle has beautiful looks and an admirable personality. She stands at a height of 5 feet 6inches. Also, she has a balanced body weight of 55 kg.

Furthermore, Sargent has black eyes whereas her hair is black.

Nevertheless, the sportscaster has never mentioned other physical details in the public yet.

Regarding her social media presence, Danyelle Sargent is an active personality on social media. Danyelle has more than 18.1k followers on her official Instagram account @danyelle.musselman.

She is also active on Twitter with around 40.6k followers.

Moreover, Sargent is also available on Facebook with nearly 2.7k fans and supporters.