Daphne Maxwell Reid is an actress and designer. She is married. 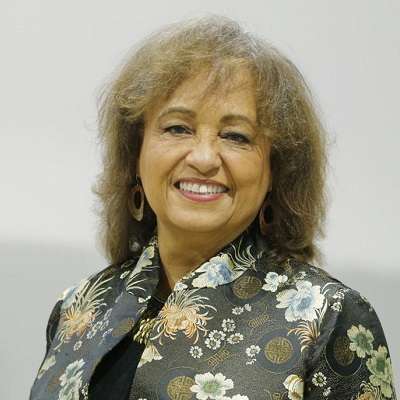 What is the relationship of Daphne Maxwell Reid?

Daphne Maxwell Reid is happily married to Tim Reid. Her husband, Tim is an actor by profession.

They married on 4th December 1982. To date, she is leading a happy life with the actor.

Previously, she was married to Robert Tubbs. With Robert, she has a son named Chris Tubbs.

Also, she has two stepchildren; Timothy II and Tori Reid from the first marriage of Tim with Rita Sykes.

Who is Daphne Maxwell Reid?

Daphne Maxwell Reid is an actress and designer. Reid is renowned as Vivian Banks of The Fresh Prince of Bel-Air and Temple Hill of Simon & Simon.

Last, in 2020, she made her appearance in the movie, The Business of Christmas as Mary Ann Franklin.

Next, she will feature in the movie, M.D. is for Mr. Doula as Mrs. Goodman. Currently, the movie is in the stage of Pre-production.

Daphne Maxwell Reid was born on 13th July 1948 in New York City, New York. She is of All-American ethnicity.

She is the daughter of Rosalee Maxwell (mother) and Green Maxwell (father). As of now, she has not shared any details on the professions of her parents and siblings.

Moving to her academics, she is an alumna of Northwestern University. She graduated from the University with Honors in interior design and architecture.

In the university, she was named the homecoming queen in her freshman year. That made her the first All-American to win the title.

During her university day, she started her career as a model. At the time, she signed with Eileen Ford Modeling Agency. Soon, she started getting featured in various magazines as a model. Also, she became the first black woman to be featured on the cover of Glamour Magazine.

In 1970, she started her career as an actress with the TV series, The Duke. After that series, she featured the TV series including The Love Boat, Coach of the Year, Hardcastle and McCormick, and Hill Street Blues in some character roles.

In 1983, she featured the series, Simon & Simon. In the sitcom, she portrayed the character of Temple Hill. Her act in the series was widely appreciated and that became one of the starting milestones of her career.

In 1984, she made her movie debut with the movie, Protocol as Helene.

After the series, she mostly appeared in the TV series that includes Frank’s series as Hanna Griffin, The Fresh Prince of Bel-Air a Vivian Banks, Eve as Frances Hunter, and Let’s Stay Together as Juanita Lawrence.

Also, she makes via her career as a fashion designer.

She has black eyes with black hair.

She stands at a height of 5 feet and 4 inches and weighs around 56 kg.