Darby Stanchfield is an American actress. She is married and her husband is Joseph Gallegos. They probably have no kids yet.

Talking about her personal life, Darby Stanchfield is married to Joseph Mark Gallegos. Joseph is the former executive at Trailer Park, Inc.

They decided to tie the knot together after dating long enough to know each other in the year 2009.

Prior to this relation, not much is known about her earlier relationships. 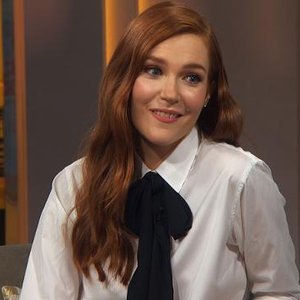 Every time there's a cut in the action, we joke and dance around, there's show tunes and fart noises

From a personal standpoint, playing someone judged negatively by her friends is not difficult

The biggest scandal I was ever involved in was - in high school, at a basketball game, I shot and scored for the other team.

Who is Darby Stanchfield?

Beautiful and Gorgeous Darby Stanchfield is an American actress. She is very popular for starring as Abby Whelan in the political drama series Scandal.

Darby Stanchfield was born on 29 April 1971. She spent some period of her childhood in Kodiak, Alaska. Her father worked as a commercial fisherman. Later on, she settled on Mercer Island, near Seattle.

However, she never disclosed much about her childhood and the earlier period of her life. But, it is pretty safe to say that her upbringing was high due to which she has such an incredible career later on.

Talking about her education and qualifications, she graduated with a degree in Communications and a minor in theater by attending the University of Puget Sound in 1993. Furthermore, she graduated from the American Conservatory Theater in San Francisco as well.

Darby Stanchfield’s career started in theater and made her debut in the episode of Diagnosis: Murder in 2000. She appeared on various television shows including Angel, Monk, Strong Medicine, Nip/Tuck, Bones, Cold Case, The Mentalist, and How I Met Your Mother.

Darby regularly acted in the drama series Jericho as April Green. Later on, she starred as Helen Bishop on Mad Men.

In movies, Darby Stanchfield starred as the lead actress in The Picture of Dorian Gray in 2004. In March 2011, she appeared in the hit political drama series Scandal.

As a director, she directed a web series named Scandal: Gladiator Wanted. After having a successful career as an actress, it is no surprise to say that she has a net worth of $4 Million as of 2022.

To date, it seems that Darby Stanchfield has managed to distance herself from any rumors and controversies. Unlike other actresses, she was neither into any significant rumor or controversial sufferings in her life.

There are no rumors concerning Darby, and she has seldom been involved in controversies of any sort hence maintaining a good public image. She is very professional in her work and profession as an actress. As a result, her professionalism is always appreciated by the people.

Darby Stanchfield has a slim body structure with a height of 5 feet and 7 inches tall (1.70m). She weighs 54 kg. Her exact body figure is 34-24-36 inches. Her Hair color is light brown and her eye color is blue.

Darby Stanchfield took six years to reveal on her marital life. All this time her husband was a secret affair