Darcey Bussell is a former British ballet dancer. She is married to Angus Forbes and has two children.

The couple has two children, their two daughters, Phoebe and Zoe. Phoebe was born on 3rd June 2001 whereas her sister, Zoe was born on 10th February 2004.

Other than that, there is no information about her past life. The family had moved to Australia but are currently living in London. 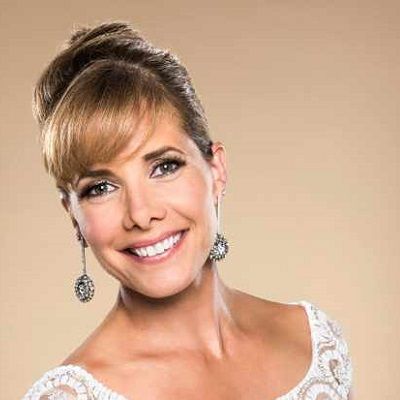 I never imagined I'd be a presenter on television, but I'm happy to put myself out of my comfort zone

Life is short, so go for things you enjoy

The orthopaedic surgeon said that if ever I had hip or groin pain, I should rest until the pain went. However, resting is not part of a dancer's life - so I just danced through the pain

I'm a grazer by nature - fruit, nuts - but I try to discipline myself and sit down for regular meals when the girls are around, as I want to instil good habits in them

If you have enough ambition, you can create talent!

Who is Darcey Bussell?

Darcey Bussell is a former British ballet dancer and a huge celebrity of the late 20th century. She is famous for her energy and passion in her performance.

Moreover, she was one of the youngest artists to serve as the principal dancer in the Royal Ballet of London. Formerly, she was a judge on the BBC TV dance competition Strictly Come Dancing.

Bussell was born on 27 April 1969, in London. As of 2019, her age is 50. She is the daughter of John Crittle and his wife Andrea Williams. Her father is was an Australian businessman and her mother is English.

She has a brother named James and a sister named Zaylie Bussell. When she was 3, her parents divorced. She is of English nationality. Her custody was with her mother and after the split, her mother remarried to Philip Bussell. However, her ethnicity remains unknown.

She started learning ballet from the age of 13.

Darcey attended  Fox Primary School in Kensington. Furthermore, she trained at the Arts Educational School and the Royal Ballet School. She graduated from the ‘Royal Ballet Upper School’ when she was 16.

In 1986, at the age of 17, Darcey Bussell became the lead in school performance at Covent Garden’s Royal Opera House. Moreover, she also won the Prix de Lausanne. After she graduated from White Lodge in 1987, she went to the Sadler’s Wells Royal Ballet.

The following year, she was back at the Royal Ballet and started her solo career after her selection for the role of Princess Rose in the new version of The Prince of the Pagodas. In 1989, she got promoted to principal dancer.

Also, she performed very well in dramatic classical ballets such as Giselle and Romeo and Juliet. She also thrived in the more modern works. However, her fame was not limited just as a ballerina. Her incredible beauty, height, and her long legs like a supermodel, she started modeling.

She modeled for the famous Vogue and Vanity Fair fashion magazines. Moreover, she also made appearances on TV with various celebrities and such as Harrison Ford for the remake of the classic movie titled Sabrina. Her portrait is displayed in the National Portrait Gallery, London.

Darcey performed every major role in the Royal Ballet’s repertoire. Moreover, she also made frequent guest appearances with other huge companies such as New York City Ballet, the Paris Opéra Ballet, and the Frankfurt Ballet. People praised her for her strength and dynamism, purity and radiance of her dancing, and the intelligence and the passion showed while performing.

Darcey continued for more than a decade. In 2007, she retired from her dancing career. Furthermore, in 2009, she appeared in the ‘BBC’ dance reality show called Strictly Come Dancing as a judge. In 2012, she again returned to the judging panel now as a permanent judge. However, she quit in 2019.

Darcey has won a lot in her career. In 1990, she won the title of the Dancer of the Year by Dance and Dancers Magazine. In 1995, she received the honor of ‘Officer of the Order of the British Empire’ (OBE).

This dancer has an estimated net worth of around $10 million as of 2022. Moreover, she was paid around $136,000 for a season of Strictly Come Dancing.

However, she left the show. Thus, her current annual income remains unknown.