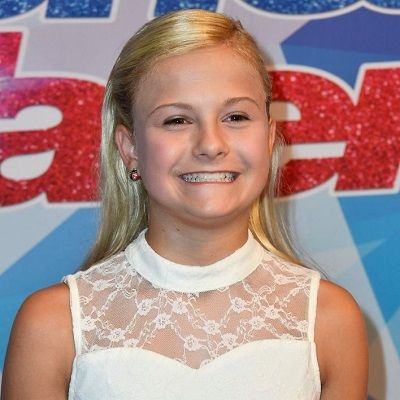 Darci Lynne Farmer is unmarried and single. As she is just 14 years old which is too young to get married. So, as of now, she is focusing on her studies rather than her love life.

Who is Darci Lynne Farmer?

Darci Lynne Farmer is an American Ventriloquist and singer who was the winner of season twelve of the NBC competition show America’s Got Talent and the runner-up of America’s Got Talent: The Champions. She is the star and host of the Darci Lynne: My Hometown Christmas. Similarly, she made a cameo appearance on the Nickelodeon Kids’ Choice Awards.

She was born 12th October 2004 in Oklahoma City, Oklahoma, U.S. She is the daughter of Clarke Farmer and Misty Farmer. Similarly, she has three siblings Dalton Farmer, Nate Farmer, and Nick Farmer.

She participated in the International Cinderella Scholarship Program. She was crowned International Mini Miss. Similarly, she met International Teen titleholder Laryssa Bonacquisti. She is a young ventriloquist and inspired her to try ventriloquism herself. After that, she asked her parents for a puppet insisting that it would overcome her shyness.

Likewise, Darci Lynne Farmer idol is past America’s Got Talent winner Terry Fator. In the year 2014, she entered Edmond’s Got Talent. Moreover, she won first prize after a month’s preparation on Bonacquisti’s tips. After that, she was soon brought to the attention of ventriloquy coach Gary Owen. He was so impressed by Farmer’s skill that he voluntarily agreed to be her coach and business manager.

In the year 2015, she won first place in both the junior division at Oklahoma’s Got Talent and Oklahoma Kids. Similarly, she won Broadway, Specialty Acts, and overall Entertainer of the Year at American Kids in Branson, Missouri. In March 2016, she made an appearance on Little Big Shots, performing “I Want to Be a Cowboy’s Sweetheart” with Katie.

Similarly, in July 2016, she became the first child ventriloquist to perform at an evening show. It was in the 40-year history of the Vent Haven International Ventriloquists’ ConVENTion. She fronted for celebrity ventriloquists Kevin Johnson and Todd Oliver. Furthermore, in March 2017, she appeared on the British version of Little Big Shots. Again she performed “I Want to Be a Cowboy’s Sweetheart” with Katie.

Similarly, in the year 2014, she entered Edmond’s Got Talent where she won first prize after a month’s preparation on Bonacquisti’s tips.

The net worth of Darci is around $3 million. Similarly, she won $1 million prizes after winning season 12 of America’s Got Talent. She might earn a huge amount of money from her career. But she has not disclosed her salary and incomes.

Talking about Darci Lynne Farmer’s body measurements, she has a height of 5 feet 2 inches but her weight is 45 kg. Similarly, her hair color is blonde and she has dark brown color eyes.

Mel B provides her fans with update about her eye condition and blindness scare last week!