D'arcy Wretzky is an American musician. She was in a rock band named the Smashing Pumpkins. She is possibly single. 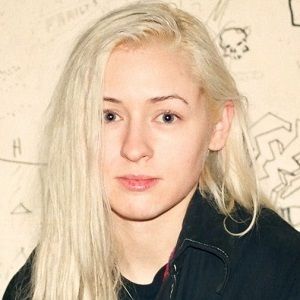 Rock is always about rebelling against the parents.

I was known for throwing knives.

D’arcy Wretzky was previously married to Kerry Brown. She tied the knot with Kerry in 1993 and continued their married life for almost six years before breaking up in 1999.

Furthermore, there is not any information regarding her children. Prior to her marriage, she was dating James Iha in 1988 and stayed in the relationship for almost three years till 1991.

Back in 1999, she was also linked up with Richard Patrick. A year later, there was a rumor relating her fling with Mickey Rourke. Currently, D’arcy is possiby single.

D’arcy Wretzky is a musician from America. She is widely popular as the former bass player of the alternative rock band the “Smashing Pumpkins”.

She rose to fame after a couple of songs came including “Today” and “Bullet with Butterfly Wings” with Smashing Pumpkins.

Furthermore, she also joined the band Catherine as a second vocalist and launched their final album Hot Saki and Bedtime Stories.

D’arcy was born on May 1, 1968, in South Haven, Michigan, USA. Talking about her nationality, she is American and her ethnicity is Ashkenazi Jewish and Scandinavian. She is the daughter of Vikke Anderson and Jerry Wretzky.

As a child, she developed her interest in music and began to learn guitar from a very early age.

D’arcy Wretzky began her career with Smashing Pumpkins in 1988. She was the member of the band for their five studio albums, Gish, Siamese Dream, Mellon Collie, and the Infinite Sadness, Adore, and Machina/The Machines of God.

During their concerts, she also used to contribute backing vocals. Furthermore, she has also given her voice in a couple of songs for the band such as Siamese Dream, Cupid De Locke, Farewell and Goodnight, Beautiful, and few more.

Later in 1996, she decided to leave the band to pursue her career in acting. During the time of recording Machina/The Machines of God, she left the band and most of the parts were handled by Billy Corgan. Just after leaving the group, she got arrested for possession of crack cocaine.

Additionally, she later joined the band Catherine as a second vocalist and launched their final album Hot Saki and Bedtime Stories. Moreover, she has also appeared in the video for Four Leaf Clover. Furthermore, she also worked for songs of a couple of artists such as James Iha’s 1998 solo album, Let It Come Down, Filter song, “Cancer”, and a few more.

Being a famous singer and bassist, she earns a handsome amount of money from her profession. Currently, she has a net worth of $7 million.

Recently, D’arcy came into the headline as she was not invited to the Smashing Pumpkins reunion. Furthermore, she also talked about her relationship with Billy Corgan.

Besides this, there are no rumors regarding her personal and professional life.

D’arcy Wretzky has a height of 5 feet 8 inches and her weight is unknown. Moreover, she has a pair of gorgeous blue eyes and blonde hair.

D’arcy is not active on social media at all. As of now, she doesn’t hold any of these social accounts such as Instagram, Facebook, and Twitter.

Also, read the affair, salary, the net worth, controversy, and the bio of Billy Corgan, Jimi Westbrook, and James Iha.