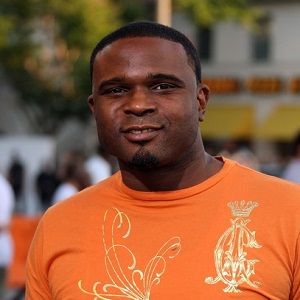 I have been doing this since I was nine years old. So whatever the role is, I am going to do the best I can do. The only thing I am concerned with is stepping on the stage in front of that camera and giving the best performance I know I can give, day in and day out as an actor

My thing in this day and age, with reality television and so much other stuff that is going on, is people want to feel the reality. They want to relate

Darius McCrary has been married thrice in his life. His first wife was Juliette McCrary. They were married in 2005. They stayed together for years and they divorced in 2006.

After that, he got married to the famous American author, Karrine Stefan.

Then, Darius exchanged vows with Tammy Brawner in the year 2014. This couple is blessed with a child named Zoey McCrary.

Who is Darius McCrary?

Darius McCrary is an American film and television actor and singer. He is best known for his role as Eddie Winslow on the long-running television series “Family Matters.

He also provided the voice of Jazz in the 2007 Transformers reboot.

Darius McCrary was born on May 1, 1976, in Walnut, California, U.S.A. His nationality is American and belongs to African-American ethnicity.

He was raised up by his parents in a friendly and entertaining environment along with his one sibling named Donovan McCrary. His father, Howard is a composer, music director, and singer.

His brother is an actor. He was encouraged by his father to secure his career in the industry was also highly interested and dedicated

There is no information regarding his education.

Darius McCrary made his professional debut in acting in the year 1987 and appeared in the film “Big Shots” as Scam. In the same year, he also appeared in the T.V “show “Amen” as Darius Hughes.

He made a strong base from his debut film and T.V series. Because of his minor role, he didn’t get so much popularity; however, he struggles more and more to get the major role and successful films.

He also appeared in several films in a minor role in T.V series including Park Day, Hostage, the Marriage Lover, War Games, Kids in the Wood, etc.

In 1989 he appeared in successful T.V series titled Family Matters and able to earn more positive responses and reviews. He appeared in a total of 208 episodes as a role of Edward “Eddie” Winslow. He is also nominated for Young Artist Award in 1993.

It is said that he gets paid a handsome amount of money from different film and T.V series and has an estimated net worth of $16 million.

Once there was a controversy regarding various relationships with his wife. In one of the interviews, she told that she was abused, choked, and beaten her by his husband.

Afterward, she filed hold back order against him and he was not allowed to come near 100 meters towards her.

Darius McCrary has a good height of 6 feet 3 inches. He has black hair color and his eye color is dark brown. There is no information about his weight, shoe size, and dress size.

To know more about Stacey Dooley, Scott Foley, and Amy Shiels, please click on the link.