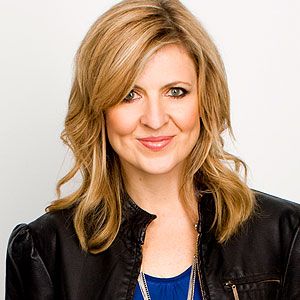 ...I long to be known as an extravagant worshiper...that God would discover the song in my heart to be elaborate, overgenerous, and wasteful in my pursuit of Him

“There are no servants in God's family, only sons and daughters, fully adopted through God's gift of grace. Redemption is through faith alone, never by works.

Darlene Zschech met Mark Zschech while he was auditioning to become her drummer. They started dating each other and married on September 14, 1984.

They now reside in the beautiful Central Coast of New South Wales with their three daughters, Zoe Zschech, Chloe Zschech, and Army Zschech.

Who is Darlene Zschech?

Darlene Zschech is one of the popular Australian Christian worship leader and singer. She primarily writes praise and worship songs.

Darlene was born on 8 September 1965 in Brisbane, Queensland. When she was 13, her parents get a divorce. Her father’s name and mother’s name is not known.

She spent her childhood in Brisbane. Her ethnicity is unknown.

There is no information collected about her education history.

Darlene Zschech had started her career from the age of 10 when she was seen on a  part of an Australian children’s show, Happy Go Round.

In 1980, when Zschech was 15 years old she was taken to church and was involved in various of the church’s task. As her father rededicated his life to Christ. Zschech then had sung different jingles for the number of international companies including McDonald’s, KFC, and Coca-Cola.

And she eventually joined Hillsong Church after penning “Shout to the Lord”.She thought of bringing out the vinyl album and released it in 1987 called “Make the Choice”. Likewise, she has also released a cassette album in 1993 called Pearls & Gold.

The singer has also released her official solo album. In 2003, Kiss of Heaven was released and followed in 2005 she released Change Your World. After that, he has since released two albums, in 2011, called Simply Darlene and You Are Love. Not only she had composed songs but also has written five books: Worship (1996), Extravagant Worship (2002), The Kiss of Heaven (2003), The Great Generational Transition (2009), and Revealing Jesus: A 365-Day Devotional(2013).

Darlene Zschech was also the worship pastor of Hillsong Church from 1996 to 2007. In the church, she worked as the producer, vocal producer, and also executive producer for more than 20 albums under the Hillsong Music label.

She has also written more than 80 published worship songs. In January 2011, Zschech became the senior pastors at Church Unlimited. The church was later renamed Hope Unlimited Church, in Charmhaven on the Central Coast.

She has also received the International Award for influence in praise and worship.

Darlene Zschech: Salary and Net Worth

Zschech’s net worth is said to be  $800,000. There is no information about her salary or earning.

Once it was rumored about her songs that she had recorded an album full of hymns just for the senior members of the church.

And she also confirmed that she recorded it for her grandfather who was always complaining about their modern worship songs. There’s aren’t any other rumors heard about her.

There is information about Darlene Zschech’s height and weight. She has green colored eyes and blonde colored hair.