Darren Aronofsky is living single now and he is busy raising his son. He has been in a few relationships. In 2001, he dated Rachel Weisz and they lasted about 5 years and got engaged in 2005. They gave birth to a boy named ‘Henry’. They got separated in 2010 but agreed to raise their son together.

He started dating actress Jennifer Lawrence in September 2016, right after they started working in ‘mother’. That relationship eventually ended in November 2017. 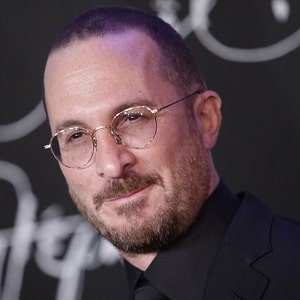 I try to live my life where I end up at a point where I have no regrets. So I try to choose the road that I have the most passion on because then you can never really blame yourself for making the wrong choices. You can always say you're following your passion.

Who is Darren Aronofsky?

Darren Aronofsky is an American filmmaker, director, producer, and screenwriter. Darren Aronofsky is best known for his strange, unbelievable, fantastic, melodramatic works. He has recently been involved in the TV industry as an executive producer of National Geographic’s documentary series named ‘One Strange Rock’ and he is busy raising his son.

He was born in Brooklyn, New York, USA on February 12, 1969. His Zodiac sign is Aquarius. His father’s name is Abraham Aronofsky and his mother’s name is Charlotte Aronofsky. They were both public teacher. His family was culturally Jewish, even his folks were not significantly religious.

He was raised up together with his parents. He has one sister named Patti Aronofsky. His sister attended a professional ballet school through high school and now, she is a TV producer. He has done his schooling from Edward R. Murrow High school.

He was often taken to Broadway Theatre by his parents to see the performances, which consequently sparked his interest in show business. He was always artistic and he loved classic movies during his childhood. His nature is said to be a spectacle. His family is Jewish and he was grown up in New York City.

He started his schooling in early childhood. He was graduated from R. Murrow High School, New York. As a youth, he has an interest in Biology and he received training at The School for Field Studies in Kenya in 1985 and in Alaska in 1986.

After high school, he went to study film (action and animation) at Harvard University in 1987. He was influenced by the filmmakers such as Akira Kurosawa, Roman Polanski, Terry Gilliam, Spike Lee, etc. Then his love and interest in film blossomed. He also helped his seniors by writing a thesis and directed a short film named ‘Supermarket Sweep’, which was the finalist in the 1991 Student Academy Award.

He gained his MFA degree in directing from the AFI Conservatory in the following year. Along with that he also received AFI’s conservatory’s Franklin J. Schaffner Alumni Medal.

He has started his career in 1997 and produced a low-budget debut film named ‘Pi. He released it in 1998 and got honored with the Best Director award. In 2000, he produced ‘Requiem for a Dream ’and nominated for several awards. He won Independent Spirit Award for Best Director.

Darren got a breakthrough in 2008 after releasing the movie ‘The Wrestler’, which won the Golden Lion Award. He released Black Swan in 2010 became the top-grossing movie and earned good feedback.

He has got several important Awards during his career. Some of them are listed below:

Darren Aronofsky: Salary and Net Worth

Darren has a net worth of around $30 million as of 2022. His salary and earnings are under review. Collaborations and Films are his main source of income. He has now become the source of inspiration to many people around the world.

His film ‘Requiem of Dream’ was set to release in 2010 but it met with controversy due to the graphic sex scene. He denied cutting the scene and the film’s distributor decided to release underrated.

Another rumor people have been talking about is the couple’s age gap – Lawrence is 27 and Aronofsky is 49- has always been a talking point in reports about their relationship, but it’s clear that they have a connection. Whether or not Lawrence is actually dating Aronofsky again is yet to be confirmed, but the prospect seems more than possible.

Darren is 6 ft. (1.83m) in height, 83 kg in weight, and has a slim body with a chest, biceps, and waist of 12 inches, 13 inches, and 34 inches respectively. He has dark brown hair and dark brown eye. He loves to wear Arabic items of clothing (keffiyeh and bisth).

Also, read the affair, salary, the net worth, controversy, and the bio of Brandi Milbradt, Jennifer Lawrence