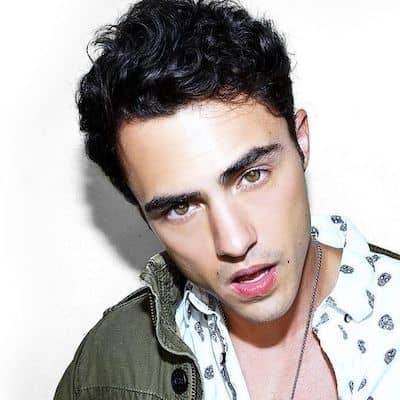 Darren Barnet’s relationship status is taken He is dating Mikaela Hoover who is an actress.

Previously, he dated Cassie Maynard in the past. His ex-girlfriend is an E producer and they were together for three years from 2014 till 2017.

Who is Darren Barnet?

His upcoming film titled Untitled Horror Movie is completed is set to release on June 12, 2021, and Love Hard is under post-production stage.

He was born Darren Charles Barnet on 27 April 1991 in Los Angeles, California, USA. The name of his father is Charles D. Barnet, Jr, and his mother’s name is also behind the curtain.

Darren’s ancestry is a mix of Japanese, German, Irish, Scottish, Swedish, Cherokee Native American. He has a younger and an older sister.

Talking about his academics, he passed out his high school from Dr. Phillips High School. Then he went to  Berry College and graduated with BA in 2013.

Darren Barnet is now one of the popular faces of the entertainment industry. His first film presence was in American Pie Presents: Girls’ Rules (2020) as Grant. His other movie Apophenia is filming.

But his TV roles have added his fame. His character in Never Have I Ever as Paxton Hall-Yoshida and Turnt as Hot Seth is much appreciated. He was also seen in Agents of S.H.I.E.L.D. (2020) as Wilfred ‘Freddy’ Malick for two episodes.

His other notable TV acting credits are,

This Never Have I Ever star is keeping himself away from rumors and is also not surrounded by any desperate scandals.

Regarding Darren Barnet’s body features, his height is 5 ft 10 inches and his body weight is 75 kg.

Moreover, his eyes are brown but his hair color is black.

Also, he has a TikTok account with more than 272 fans.

Ronen Rubinstein
Tags : Actor American Pie Never Have I Ever