MMA Darren Elkins is married and a father of two. 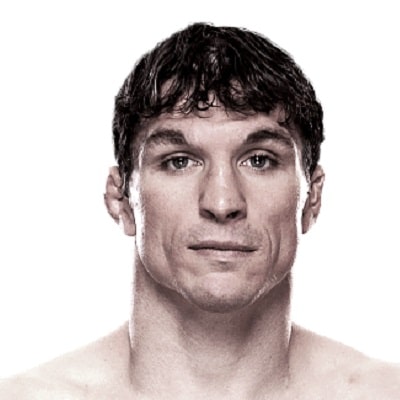 What is the relationship of Darren Elkins?

Darren Elkins is a married person. He dated Connie Elkins (born as Constance Irene Marvel) in 2002, while still in high school. The couple tied their knot on August 24, but the year of marriage is unknown.

Who is Darren Elkins?

Darren Elkins is an American mixed martial artist who is signed to Ultimate Fighting Championship (UFC) and fights in the Featherweight division.

He was born on May 16, 1984, in Portage, Indiana, USA. His birth name is Darren Keith Elkins. He has not disclosed the name of his father and mother. He has two siblings, both brothers.

Darren holds American citizenship but his ethnicity is unknown.

He attended Portage High School and graduated in 2004. After that, he attended the University of Wisconsin Parkside but dropped out after two years.

As a freshman in high school, Darren was placed seventh in the state of Indiana and qualified for the state competition as a sophomore.

In his junior year, he became third and finally was a State Champion as a high school senior.

Darren Elkins has made his Ultimate Fighting Championship (UFC) debut against Duane Ludwig, whom he defeated via Tko in the second round.

Also, he won Performance of the Night two times and also 2017 Comeback of the Year.

Darren must have accumulated a huge sum of money from his professional career.

However, Darren has not revealed his exact net worth, salary, and income.

Darren has been successful in keeping himself far from rumors and controversies in his personal and professional life.

He has blue eyes and light brown hair. But, his shoe size, dress size, etc. are unknown.