Daryl Sabara is currently a married person. He has been married to American songwriter and singer, Meghan Trainor since December 22, 2018. They met in 2016 and they decided to engage on December 22, 2017.

The couple tied their knot exactly one year after their engagement. In fact, the day is also Meghan’s birthday.

The couple are parents of Riley Sabara on Feb. 8, 2021. The couple’s son Riley weighed 7lbs at the time of birth. He was due on the Valentine’s day but arrived few days early. 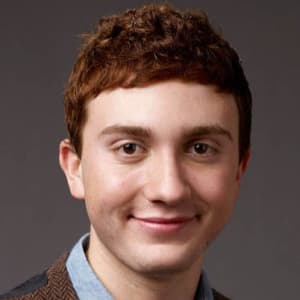 I feel really lucky that I grew up pretending to be a spy for my whole childhood.

Coming out of 'Spy Kids,' I immediately wanted to do more grown-up roles, and I was turning down a lot of the kind of younger, cheesier roles.

Who is Daryl Sabara?

He was born on June 14, 1992, in Los Angeles Country, California, USA. His birth name is Daryl Christopher Sabara and he is currently 28 years old.

His mother’s name is Sandy Sabara but his father’s name is not available. He has a fraternal twin brother named Evan (voice actor) who is one minute younger than him.

With his twin brother, he had a Bar Mitzvah ceremony. He is of Russian/German descent from his mother’s side and of German/Russian from his father’s side.

He took ballet dancing class at the age of 3. Daryl Sabara holds America citizenship and his ethnicity is a mix of Polish and Ashkenazi Jewish.

He attended West Torrance High School and graduated from there in 2010.

He debuted his career from the television show ‘Murphy Brown’ in which he played the character Baby Brown. Then, he appeared as Toby in ‘Life’s Work’ in 1996 and as Roger in ‘Love & Money’ in 1999. In the same year, he gave the voice of Noburu in ‘My Neighbours the Yamadas’.

He gave his voice for the role of a Hero Boy in ‘The Polar Express’ in 2004, Benjamin Fielder in ‘Keeping Up with the Steins’ in 2006, Marco North in ‘Choose Your Own Adventure: The Abominable Snowman’ in 2006, and in the series as Tommy/Steve in ‘What’s New, Scooby-Doo?’ in 2002, Larry Keating in ‘Fatherhood’, and many more.

He has earned around $750,000 from his professional career. However, his salary and income are under review.

There was a rumor regarding the relationship of Daryl and Meghan but the rumors ended after they confirmed their relationship on Instagram.