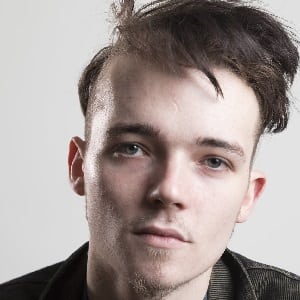 Dashiell Connery has kept his personal life away from the media spotlight. There are no records available about his past relationships. At present, he is believed to be single.

Who is Dashiell Connery?

Dashiell Connery is an American actor. People mostly know him as the son of Jason Connery and Mia Sara. Additionally, his grandfather is the popular actor and producer Sean Connery.

Connery was born in the United States in June 1997. He was born to parents Jason Connery and Mia Sara. Both his parents are actors. Hence, it comes as no surprise that Dashiell chose his career in acting. He is of American nationality. Furthermore, he belongs to the mixed ethnic background of Scottish, English, Irish, and Italian.

Talking about his education, there are no details available about Connery’s educational background at present.

Connery appeared as a kid in the movie ‘Pandemic’ in 2009. Additionally, he has also worked in ‘Tommy’s Honour.’ Dashiell is mostly known as the son of Jason Connery and Mia Sara. Jason is an English actor and director mostly known for appearing in the third series of the ITV drama program ‘Robin of Sherwood.’ Additionally, his mother Mia who is mostly recognized for playing the role of Sloane Peterson in the 1986 comedy film ‘Ferris Bueller’s Day Off.’

Connery has not been linked with any award nominations in his career. In addition, he has not revealed his current salary. Furthermore, there are no details available about his estimated net worth at present.

Although Connery’s father Jason and his grandfather Sean has been part of several controversies over the years, Dashiell himself has kept his career away from any notable controversies. Additionally, at present, there are no rumors concerning his life and career.

Talking about his body measurement, there are no details available about Connery’s height and weight. His hair color is dark brown and his eye color is green.