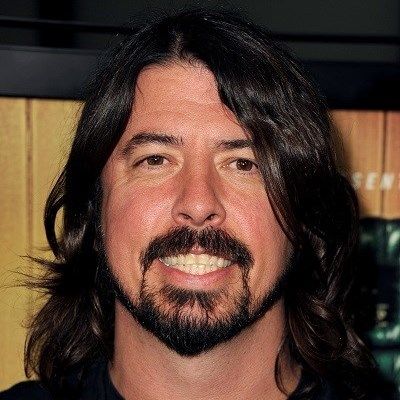 When Nirvana became popular, you could very easily slip and get lost during that storm. I fortunately had really heavy anchors - old friends, family

Ladies and gentlemen, god bless America - land of the free, home of the brave.

Dave Grohl married photographer Jennifer Youngblood in 1994 after meeting the year before in 1993. However, after spending around 4 years together, they got divorced in 1997.

He dated Louise Post, vocalist for the alternative rock band Veruca Salt, and Grohl hooked up at the end of 1996 and were together till January 1997.

Then, he dated Musician Tina Basich in 1998, but the relationship didn’t work and they broke up. Dave dated Actress Kari Wuhrer in 1999. After staying together for 3 years, the couple split up in 2002.

He hit it off with Canadian bassist Melissa Auf der Maur and the two began dating from September 2000 to February 2001.

Dave dated Film and TV producer Jordyn Blum met Grohl in April 2002. They dated for a year and got hitched on August 2, 2003.

Who is Dave Grohl?

Dave Grohl is an American singer, songwriter, musician, and director. Likely, he started playing guitar at a very young age and is self-taught for the most part. He later taught himself to play drums, citing John Banham as his biggest influence.

Grohl played drums for the grunge band ‘Nirvana’ from 1991 till 1994, after which the band broke up following the death of its lead singer, Kurt Cobain. After the sudden end of Nirvana, he went on to form his own band, ‘Foo Fighters’.

Dave Grohl was born in Warren, Ohio, the United States on  January 14, 1969. His birth name is David Eric Grohl. His father’s name is James Grohl and his mother’s name is  Virginia Grohl.

Whereas, his parents divorced when he was six and he was raised by his mother?

Talking about his profession, at the age of 17, Dave Grohl auditioned and got selected to be the drummer in a hardcore punk band ‘Scream’ for which he dropped out of high school in his junior year. He traveled extensively with the band and recorded many live albums with them out of which ‘No More Censorship’ and ‘Fumble’ became very popular.

In the late 1990s, ‘Scream’ got disbanded and he went to Seattle to audition for ‘Nirvana’. He joined the band full-time after getting selected, and they signed a deal in due course of time with a major record label, ‘DGC Records’. Thereafter, the band recorded their first album ‘Nevermind’ and released it.

Before heading on to their European tour in 1994, he and Krist Novoselic of Nirvana fame worked on many demos at Robert Lang Studios in Seattle. The duo together completed many of his songs until the arrival of Cobain. During 1994, the band came to a halt with Kurt Cobain’s death.

In May 1997, the ‘Foo Fighters’ came out with their second album, ‘The colors and the shape’. The album soon became a chartbuster including several smash-hits such as ‘Ever-Long’, ‘My Hero’ etc.

In June 2008, he joined Paul McCartney’s band for a concert at the Anfield Football Stadium, Liverpool which was organized as one of the major events of the English city’s year as ‘European Capital of Culture’.

He was nominated for Outstanding Directing for Nonfiction Programming for Sonic Highways (2014) at Primetime Emmy Awards, Grammy Awards he won Sound City (2013) at Cinema Eye Audience Choice Prize in 2014.

He has an estimated net worth of around $280 million and he has earned that sum of money from his professional career.

There was a rumor that Dave Grohl dated actress Winona Ryder and hooked up with singer Christina Aguilera. Currently, he is far from rumors and controversies.

Dave Grohl has a height of 6 feet and he weighs 78Kg. His hair color is dark brown and his eyes color is hazel.

But, he doesn’t have an official page on Instagram.

Also get to know more about Jessica Jung, Cassie Ventura, and Paul Simon.