Dave Malloy is one of the popular names in the musical industry. He is an American composer, playwright, lyricist, and also actor. Dave Malloy's married to Eliza Bent.

Dave Malloy’s current relationship status is married. He has exchanged vows with Eliza Bent. But the details regarding their weddings are not disclosed.

There is no information about their children also. 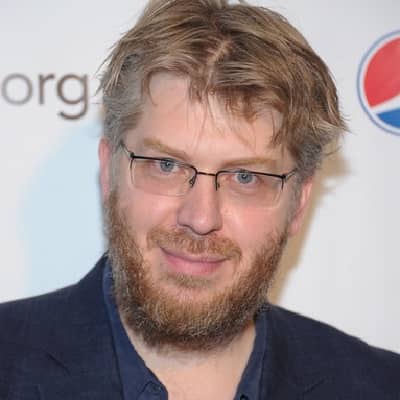 My general approach to making art making hasn't changed much since I was 20, poor, and writing songs in my bedroom wanting to get my art out of my body into the world in some way.

Who is Dave Malloy?

Dave Malloy is one of the popular names in the musical industry. He is an American composer, playwright, lyricist, and also an actor.

His musical Natasha, Pierre & The Great Comet of 1812 were nominated for three Tony’s in 2017 and is also the composer for Banana Bag & Bodice.

His mother is a Latvian but his mother’s and father’s name is unknown. Likewise, there are also no details if he has any siblings or not, and if he also has a sibling then his/her name is also not disclosed.

He belongs to American nationality and is of Irish ethnicity.

Talking about his education, he finished his schooling at Lakewood High School. And he studied Music composition and English literature at Ohio University.

Dave Malloy started his career when he was in San Francisco from the year 2000. He first worked with Banana Bag & Bodice.

The musician made his Broadway debut when he replaces Josh Groban in Natasha, Pierre & The Great Comet of 1812 in 2017. And he started composing his music starting with music for Beowulf A Thousand Years of Baggage in 2008. After Beowulf, he co-created and performed in Three Pianos. Banana Bag & Bodice is one of his popular musical works.

Likely, he has written several theatrical works, often based on classic works of literature. They include Moby-Dick, which is an adaptation of Herman Melville’s classic novel. Likely composed Octet which is a chamber choir musical related to internet addiction.

Similarly, Preludes is a musical fantasy as developing in the mind of romantic composer Sergei Rachmaninoff.  Likely, he composes Ghost Quartet which included the song cycle of love, death, and whiskey. And lastly, Pierre & The Great Comet of 1812 is an electropop opera based on War and Peace. His musical, Natasha also wins the Tony Award.

Talking about his other musicals include Preludes at LCT3, Black Wizard/Blue Wizard, Beardo, Sandwich, and Clown Bible.

Furthermore, he has also won a Jonathan Larson Grant, an ASCAP New Horizons Award, and an NEA/TCG Grant for Theatre Designers has been a Guest Professor in devised music theater at Princeton and Vassar Universities.

His upcoming projects are adaptations of Moby-Dick and Shakespeare’s Henriad, commissioned by The Public and Berkeley Repertory Theater, and a piece on Taoism at ACT.

Dave’s net worth is around $6 million as of 2022. His net worth is from his career as a composer and actor. Other information regarding his salary is not available.

Up to now, he has maintained a low profile and stay away from when it comes to any rumors or any controversies.

Dave Malloy seems to have an average height and weight but its exact measurement is unknown. Talking about his appearance, he has light brown colored hair with blue eyes.

You may also read the bio of Matty Healy, Matthew Healy, Hasley, and FKA Twigs.