NFL coach Dave Wannstedt is married and a father of two.

Dave Wannstedt married Jan Wannstedt on 1st December 1973 in front of family and friends. They dated for a long time before getting married.

Together they have two daughters Carrie Wannstedt and Jamie Wannstedt. Dave and Jan are the grandparents of six grandchildren among which five are boys. Each of their daughters gave birth to three children.

Likewise, his eldest grandson is 12 years old and will be playing tackle football for the first time at St.Francis in Wilmette. 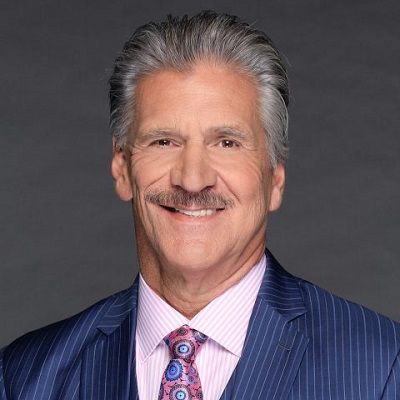 You have to respect their passing ability because they have a lot of weapons and they can make plays in the passing game.

He was the ideal guy, because of his athletic ability, to move around and get in some mismatch situations -- flank him out, move him around, trick people and throw him the ball.

I had to take the emotion out of it. Once I realized this was what was best for me and my family, I knew I needed to pursue it again.

Who is Dave Wannstedt?

Dave Wannstedt is a former American Football Coach known as the head coach of the Chicago Bears and Miami Dolphins of the National Football League.

In the year 2010, he became the Big East Champion.

On 29th August 2019, he became the analyst for the Chicago Bears preseason game broadcast.

David Raymond Wannstedt was born on 21st May 1952 in Baldwin, Pennsylvania. He is the son of Frank Wannstedt and Virginia Wannstedt.

Dave attended Baldwin High School in Pittsburgh, Pennsylvania. After that, he got an athletic scholarship at the University of Pittsburgh to play offensive tackle.

In the 1974 NFL draft, he was chosen in the fifteenth round by Green Bay Packers but spent his only NFL season on the injured reserve list with a neck injury.

In the year 1975, Johnny Majors hired him as a graduate assistant coach and was on the staff when the Panthers won the 1976 NCAA Division I-A Nation Football Championship.

For the 1979 and 1980 seasons, he served as a defensive line coach for the Oklahoma State Cowboys and was promoted to defensive coordinator in 1981.

On 19th February 1993, Dave was hired as the head coach of the Chicago Bears replacing coach Mike Ditka. Likewise, he led the Bears to only one postseason appearance in his 6 years a Chicago.

In the year 1999, he joined as the defensive coordinator and assistant head coach of the Miami Dolphins. However, he resigned as head coach midway through the 2004 season with the Dolphin’s record standing 1-8.

On 23rd December 2004, he agreed to Pitt’s offer and he was named the head coach of the University of Pittsburgh. During the first season, he inherited a Pitt team that won a share of the Big East Championship and played in the Fiesta Bowl the previous year.

Since the year 2014, Wannstedt has been a Fox Sports football studio analyst and has appeared on FOX NFL Kickoff Sunday Mornings during the NFL season.

Similarly, he was an analyst for the Chicago Bears preseason game broadcast on 29th August 2019.

The estimated net worth of Dave is $15 million US. During his coaching career, he has an annual salary of $500,000.

The current head coach of the University of Pittsburgh Panthers, Dave has a house in Naples, Florida, USA.

Dave and his wife sold their two-bedroom, 1,786-square-foot condominium unit on the 16th floor of the Pinnacle building for $1.025 million.

Dave has light hair and light brown eyes. He is 6 feet 4 inches tall.

You may also read the age, parents, career, net worth, body measurement, and social media of Dave Hodge, Kevin Harlan, and Charly Arnolt