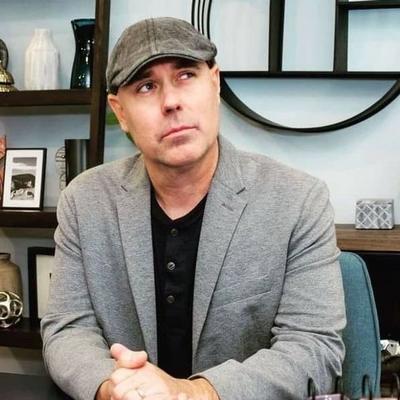 Dave Wilson was married to Canadian actress, singer, Kortney Wilson. They met through a mutual friend, Deric Ruttan. A month after their encounter, they were dating each other and were in love. Kortney even called her parents and informed them she had fallen in love.

Who is Dave Wilson?

Dave Wilson is a Former Country Musician and a Television Personality. He came into the spotlight after marrying Canadian actress, Kortney Wilson.

Dave Wilson was born on 26 January 1971 in Richmond, Ottawa, Canada. There is no information about Dave’s parents on the internet. Although, he does have an older sister.

Dave’s nationality is Canadian and he currently resides in Nashville, Tennessee, US. Moreover, there is no information on his education.

Dave was married to Canadian actress, Kortney Wilson. The couple exchanged wedding vows on March 8, 2002. The couple has 3 children (2 sons and an adopted daughter). Sadly, they got divorced on December 20, 2019.

Dave is a former country musician and a TV presenter. He was an aspiring musician who was in a four-piece band. At this time, he was living in London. Eventually, he moved to Nashville, Tennessee, and signed a solo deal with Lyric Street Records. Kortney was also signed to the same record label.

They were both released from the label in 2003. In 2006, they teamed up to perform as a duo, The Wilsons. Eventually, in 2009, they had their own series called Meet the Wilsons which was an eight-part, half-hour series directed and edited by Bill Filipiak. In June 2010, Kortney and Dave released their self-titled album.

Dave was also the host of HGTV’s “Making it Home with Kortney and Dave” along with his now ex-wife Kortney. The first season of the show aired in January 2020. He was eventually replaced by the show’s contractor Kenny Brain and the show name was changed to “Making It Home With Kortney and Kenny”.

Dave also hosted HGTV’s Masters of Flip alongside his ex-wife which premiered in 2015 and ran for four seasons. He is not only invested in the entertainment industry but has also worked as a real estate after losing their record deal.

Dave’s net worth is estimated to be around $1 – $10 million. His salary and assets are still under review.

Dave is 5 feet 7 inches tall and weighs around 65 kg. He is bald and has pair of blue eyes.

Dave is not very active on social media. He has an Instagram account (@davewilsonofficial) and he eventually posts pictures of his family, his dog, and his work life there. He has around 35k followers.