American Visual Artist who earned the name and fame in the world of art after his involvement in CYRCLE which is a Los Angeles Art Collective.

Davey Detail is a divorced designer artist who was involved in the marital life with Rose McGowan from October 2013 to November 2016. Rose McGowan is an American actress with tremendous popularity in Hollywood and is sometimes viewed as the reason for their divorce. He has no children from this relationship. He has not been seen with any girlfriend after his divorce. 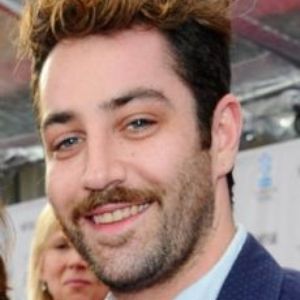 The difference between something good and something great is attention to detail.

To create something exceptional, your mindset must be relentlessly focused on the smallest detail.

Our life is frittered away by detail... simplify, simplify.

Who is Davey Detail?

Davey Detail, a Los Angeles Resident, is an American Visual Artist who earned the name and fame in the world of art after his involvement in CYRCLE which is a Los Angeles Art Collective.

Davey Detail was born in Bellevue, King, Washington, USA and currently lives in Los Angeles, California because of his job in CYRCLE. As a visual artist, he was very much interested in editing from the very early age of life and always used to participate in art and design competition during his schooling. There is no further information about Detail’s early life and parents.

Working for CYRCLE, a Los Angeles Art Collective, is his greatest achievement after the formation of CYRCLE with artists Devin Liston and David Torres (Rabi). Now, he is professional Visual Artist who is engaged in lots of travel program relevant to CYRCLE’s ‘Overthrone campaign’ and other such programs. Now, he along with his colleagues is involved in exhibiting numerous arts in Los Angeles Art based Galleries. Despite his activity related to Arts, he is really active in social media having a large number of followers. The net worth of Davey is not available to us but it is pretty sure that after his relationship with Rose McGowan, his net worth has already gained a decent height.

A very unexpected and unclear rumor about Detail’s ex-wife Rose McGowan had hit the headlines in February 2016. It is said that Rose, at the time of divorce, was with an unknown mystery guy. Rose’s appearance was in black with a bald head and same goes to the mystery guy. Art has always been known to raise some storm but fortunately for Davey Detail, he has been spared from any such controversy.

Davey has a height of 5 feet 10 inches and weighs 75 kg. His hair color is light brown and eye color is blue.

Davey Detail is not much of a social media lover. He does not seem to have Twitter and Instagram accounts.