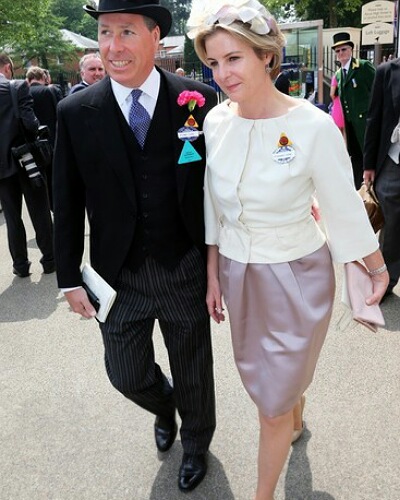 There is another royal split which is happening. David Armstrong-Jones and his wife Serena Stanhope have mutually decided to divorce after 26 years of their married life with two kids. And the news of this royal split comes after Queen Elizabeth’s grandson, Peter Phillips and his Canadian wife Autumn separated and filed for divorce.

David is the son of the late Princess Margaret who was the sister of Queen Elizabeth II. Additionally, he is the Earl of Snowdon and his father was photographer Anthony Armstrong-Jones. A spokesman of the couple said that the divorce is an amicable one.

Besides, the spokesperson said:

“The Earl and Countess of Snowdon have amicably agreed that their marriage has come to an end and that they shall be divorced.

“They ask that the press respect their privacy and that of their family.”

The exact reason for the divorce is not clear. But the couple has asked for privacy at this time and not provided any more details on their divorce.

David’s mother, Princess Margaret died in 2002. While his father, Anthony expired in the year 2017.

Click to read on Diamond splitters! What problems are specific for gray divorces above 50?

In the latter school, he nurtured his passion for arts and crafts. He learned woodcraft from Parnham House in Dorset from 1980-1982.

David has one biological sister, Lady Sarah and two paternal half-siblings; half-sister Lady Frances and half-brother Jasper Cable-Alexander. The mother of Jasper is Melanie Cable-Alexander who is, an editor at Country Life Magazine.

David is 21st in line for the throne of England. He founded his own company under his professional name which is David Linley. It started in 1985 and makes bespoke furniture, upholstery, and other interior design products which are known for their neoclassical appearance and unique use of inlaid woods.