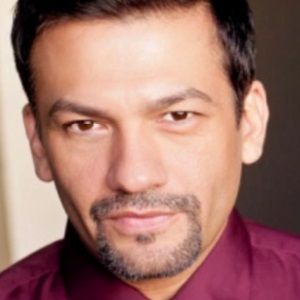 David Barrera is a married man as he married Maria Canals-Barrera. She is an American actress known for her appearance in the highly rated Disney Channel family sitcom, Wizards of Waverly Place. She is the long term girlfriend of David.

They married on 16th January 1999. Similarly, they started dating from 1997 and married after two years of relationship. Likewise, they have welcomed two daughters named Bridget Barrera in 2003 and Madeleine Barrera in 2005. They are currently residing in Los Angeles and sharing quality time with each other.

Who is David Barrera?

David Barrera is an American actor. He is known for his role as Gunnery Sgt. Ray ‘Casey Kasem’ Griego in Generation Kill.

David Joel Barrera was born on 28th December 1968 in San Juan, Texas, the U.S. There is no information about his parents and siblings. However, it is known that he was the seventh of eight children. He is private about his life so there is hardly any information about his family. He holds American Nationality whereas his ethnicity is unknown.

Talking about the education of David Barrera, he is a graduate of Pharr-San Huan-Alamo High School in his hometown. He was the part of theatre club in San Juan, Texas. Similarly, the high school is part of the Pharr-San Juan-Alamo Independent School District.

Likewise, he is a graduate of  Southern Methodist University. And he went on to study in the graduate acting program at the University of California, San Diego.

Other movies of his are Perfect Girl, Girls Never Call, Evan Almighty, and Cruzando in which he was also an Associate Producer. Some of his recent movies are I Am Gangster, 2 Lava 2 Lantula!, Run the Tide, perception, Crave: The Fast Life and Ready Player One.

Likewise, the TV series where he has starred in only one episode is Space: Above and Beyond, Moloney, Renegade, Diagnosis Murder and many others. From the year 1998 to 2001 he was on NYPD Blue where he was on the recurring role of Dr. Victor Carreras.

Moreover, his other TV series where he has appeared in an episode is The Closer, Raising the Bar, Three Rivers, The Mentalist, American Horror Story and many others. Furthermore, some of his recent work includes the series Bosch, Animal Kingdom, Dirty John, and SEAL Team.

David Barrera was awarded the Princess Grace Award in acting when he was at the University of California, San Diego. Likewise, he has been nominated for the Outstanding Supporting Actor in a Television Series for 24 in the year 2002. Similarly, he won the Best Actor award for Perception in the year 2017.

The net worth of David Barrera is estimated to be $17 million as he earns a huge amount of money from his acting career.

He doesn’t have any rumors and controversy as he has been successful in maintaining his celebrity status.

The height of David Barrera is 5 feet 9 inches whereas his weight is unknown. His hair color is black and has the eyes color brown. Further, there is no information about his body measurement and body size.