Posted by MarriedBiography Posted on January 24, 2020 | In Death
Share this

It was a break time for the top official of the pizza delivery giant,  Domino’s Pizza UK. The British finance director of Domino’s Pizza company, David Bauernfeind, 51 died while snorkeling in the famous tourist destination, Mauritius.

David Bauernfeind and his death

The British finance director of Domino’s Pizza UK, David Bauernfeind, 51 was enjoying himself in the tourist dream destination of Mauritius. He was, on a vacation with his wife and daughter when something tragic happened. He died while snorkeling in Mauritius. David had this difficulty during snorkeling on Boxing Day.

The whole incident of death of David Bauernfeind

David went snorkeling on the island of Mauritius where he was, on a holiday with his family. David was probably alone during snorkeling and no expert was supervising at that time. But when he did not come back in the expected time, his wife Nicolette filed a missing person report at the local police station.

The police immediately started the search and later a yacht skipper found his body in the Belle-Mare lagoon. One of the investigating officer said:

‘The man was confirmed dead by paramedics and his body was then transported to the Victoria Hospital in Candos.

‘An autopsy took place, and the cause of death was found to be asphyxiation caused by drowning.

‘His wife has identified the body, and they are informing the other next of kin in Britain.’

A Mauritius police spokesman stated that they are treating the case as a tragic accident. But nonetheless, they are going to thoroughly investigate it to rule out any foul play.

Click to read more on Who is Jamie Gilbert? Know about his millionaire ex-husband of Countdown host Rachel Riley!

The vacation death and tributes

David and family arrived at the luxurious island resort of Bella – Mare on 19 December 2019. He was with Domino’s Pizza since October 2018 and his colleagues liked him very much.

“We are all deeply shocked and saddened by this tragic news. On behalf of our Board, our colleagues and our franchisees, we send our heartfelt sympathies to David’s wife Nicolette and daughter Ornella as well as his wider family and friends.”

“David was hugely liked and deeply respected for his dedication and sharp intellect amongst Domino’s colleagues. He was a force for good within the business and will be greatly missed.”

David worked initially with Connect Group as its finance head.  He had helped build technology company Xchanging over 15 years.

Mauritius is an island in the Indian Ocean when choosing boasts of clean white sand beaches. But the sea has strong undercurrents and this may put swimmers into difficulties.

There has been a sharp rise in drownings in recent years. Hence the Mauritius government has started sea surveillance platforms around beaches. But the drownings and deaths have not come down.

The lagoons are the most dangerous spots since the warm and still water there gives the people indulging in water sports a false sense of security. 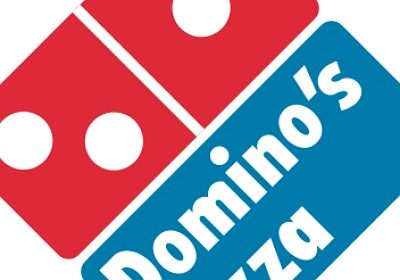