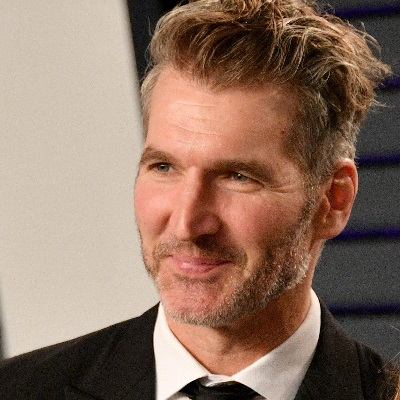 David Benioff is happily married to his long-term girlfriend, Amanda Peet. His wife, Amanda, and Benioff started dating each other in 2005.

Later, the couple got married on September 30, 2006. The wedding took place in New York City.

Who is David Benioff?

American David Benioff is a multi Primetime Emmy Award-winning scriptwriter, director, and producer. He is renowned as the writer of the Game of Thrones, The Kite Runner, and Gemini Man.

As of now, his next series, The Chair in the stage of pre-production. Also, his upcoming TV Movie, Untitled Max Borenstein/Game of Thrones Spin-Off has been announced.

David Benioff was born on September 25, 1970, in New York City, New York. His birth name is David Friedman. He is of Germanic-Swiss ethnicity with Austria, Romanian, Poland, and Russian ancestral roots.

He comes from an elite class family as the youngest son of the former head of Goldman Sachs, Stephen Friedman, and his wife, Barbara Friedman-Benioff.

Along with his two elder sisters; Suzy and Caroline, he grew up in Manhattan. When he became 16, he moved to near the U.N headquarters.

Talking about his educational background, he is a graduate of Dartmouth College with Honors in Arts. Before that, he attended Collegiate School. During Dartmouth, he was a member of the Phi Delta Alpha Fraternity and Sphinx Senior Society.

Later, he completed a year program in Irish Literature from Trinity College Dublin. Moving forward, in 1999, he earned his master’s degree from the University of California with Honors in Creative Writing Program.

In 2001, David Benioff started his career as a writer with the novel, The 25th Hour published by Carroll & Graf Publishers. The novel was based on the New York drug dealer, Monty Brogna who got arrested for drug possession. The following year, he wrote the screenplay of the movie, 25th Hour based on the novel.

Before that, his early career includes jobs like a club bouncer, High School English teacher, and Radio DJ.

In 2004, he delivered the screenplay of the mythological movie, Tory for Warner Bros. The historical war drama became commercially successful with the box office collection of $497 million making its the 8th highest-grossing film of the year.

Following that, he wrote the screenplay of the movies like The Kite Runners, X-Men Origins: Wolverine, and Brothers.

Moving forward, in 2011, he started writing for the TV series, Game of Thornes which became one of his best careers. Apart from writing, he also directed, and producer some episode of the show. Also, he became the showrunner of the show.

His net worth includes the four-bedroom home in Beverly Hills worth $4.625 million. Besides that, he also owns a house in New York City.

Also, he signed $200 million multi-year movie projects with Netflix along with his producing partner, D. B, Weiss.

David Benioff is a blue-eyed brunette. He stands at a height of 6 feet 2 inches and weighs around 80 kg.

Talking about his appearance, he has a sharp look with oval-shaped facial features. Also, he prefers to have slightly grown facial hair.

He faced a serious backlash from the people when he planned to make the TV series, Confederate based on the American Civil War and slavery fiction. The announcement received huge criticism on social media.

That led to the hashtag #NoConfederate that got trended number one in the United States. and number 2nd worldwide on Twitter.

You may also read the bio of Deborah Snyder, Bryce Hirschberg, and Jonathan Safran Foer.

Ed Sheeran perfect cameo on Game of Thrones season 7 premire! Check out the Fans as well as Celebs react!!

‘Game of Thrones’ season 7’s first photos-Reveling more than Trailer: Here’s What They Reveal About the Episodes!!