What is relationship status of David castañeda Robbins?

Currently, David Castañeda appears to be single and is not dating anyone. He has not confirmed his relationship status to the media. He seems to be wanting to keep his love life confidential. 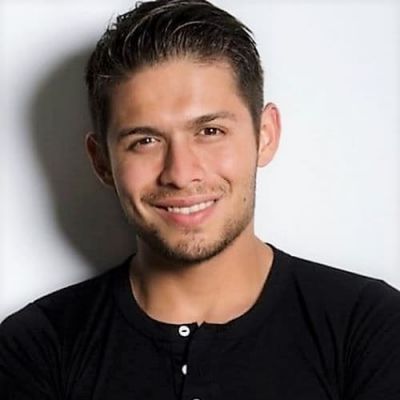 Who is David Castañeda?

David Castañeda is a famous American actor, model, and socialite. He is known for his role as Diego Hargreeves in the Netflix Tv series titled The Umbrella Academy.

David Castañeda was born in Los Angeles, California, the United States on October 24, 1989. She is 32  years old as of 2022 and holds American nationality. As per the astrologer, Scorpio is her birth zodiac sign. He is a Christian and her ethnicity is Mexican.

When he was 14 years old, he went to William Workman high school. Firstly, he studied civil engineering in college as he want to handle his family business after the completion ho his study. After being interested in film direction, her changed his course to film production and international business and graduated from California State University, Fullerton.

David Castañeda started to act at the age of 17. While he was at the University, he was given the chance to volunteer for a role in a film during a conference. He was cast in various movies like End of Watch.

He also appeared in a lead role in a short movie, Maddoggin’, which earned the audience award in the NBC Universal Short Cut Film Festival. He even played on the ABC Family’s TV series titled Switched at Birth in 2013.

In late 2016, he landed role-playing, Hector in the movie Sicario: Day of the Soldado which was released in 2018. He appeared in a lead role in the liberal movie, El Chicano, and played a supporting role in We Die Young by Jean-Claude Van Damme. He also came with small roles in movies like Standing Up and Falling Down by Billy Crystal.

Then, David Castañeda came out as Diego Hargreeves, in the Netflix television series The Umbrella Acadamey in 2019 which was his major breakthrough in his career to gain him fame and name worldwide.

Brief About The Umbrella Academy

The Umbrella Academy is the USA-based television reality show on the comic book series of the same name written by Gerard Wat. Steve Blackman is the creator of the show while Jeremy Slater is the developer.

It chronicles the story of un biological siblings who has supernatural power and come together to reveal the mysterious death of their father and the result of the upcoming disaster.

The first season of the series was released on February 15, 2019, on Netflix. The show was able to amass more than 45 million views until April 2019 according to Netflix.

With the huge success of the first season, the second season of the series was released on July 31, 2020. After the popularity of both seasons of the show with good ratings and reviews, the series was renewed for a third season which is scheduled to be released in 2022. But the precise date is not fixed yet.

The net worth of David Castañeda is estimated to be between 1.5 million USD as of 2022. No, data about his salary and income are opened up to the media yet.

David Castañeda is quite away from rumors and controversies which has not involved him in unnecessary gossip and scandal up to date.

Along with Dark brown hair, she has pair of brown-colored eyes.