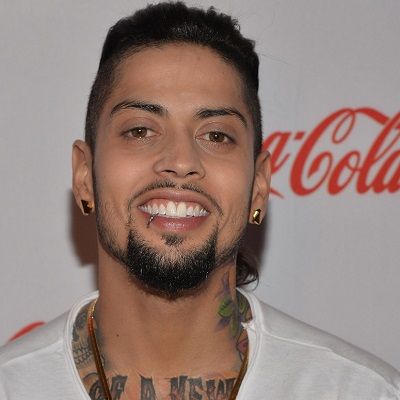 Every time I'm on stage, I go on there with that thought of knowing that I have the opportunity to reconnect with her through what God gave me, and that's my voice

I got a great family. They adopted me around the time I was 1 or 2 years old. I love my family to death, but it’s the curiosity of wanting to know where I came from, if she sings what she looks like, I feel like the not knowing is why I sing with so much soul

I always tell everybody everyday: If you don't see yourself there, go be great somewhere else.

What is the relationship of David Correy?

David Correy is a married man. However, the names of his wife and wedding details are not disclosed.

This couple has shared a photo with a baby bump in Oct 2017 on social media. In Jan 2018, they were blessed with a baby girl and named her Niya.

Who is David Correy?

David Correy is a Brazilian singer who was also an X-factor finalist. He sang the anthem of the FIFA World cup in 2014.

He is now the CEO of Urban Rock Records.

David Correy was born on October 8, 1985, in Recife, Brazil. He has dual(Brazilian-American) nationality. His mother was only 13 years old when she gave birth to David. Due to poor economic conditions, she gave up him for adoption.

A family in Riva, Maryland, USA adopted one year of David and became his second parent.

He attended Berklee College of Music, Boston, Massachusetts‎, the U.S through a full scholarship.

During the first audition of X-factor, David expressed to meet his biological mother. The video went viral and a woman named Luciene Correia de Lima came claiming that David was her son.

She was also ready to have a DNA test but Correy was not sure to go through the test. He closed it by saying he has a loving family and by not knowing his biological mother makes him sing from the soul.

David Correy first appeared in a reality show The X-Factor (America Season 2) in 2012. He was a contestant and has sung a song Just The Way You Are in his first audition.

The show was judged by Simon Cowell, Demi Lovato, Britney Spears, L.A. Reid, and Louis Walsh. The season was hosted by Khloé Kardashian and Mario Lopez and was won by Tate Stevens.

David was chosen as a finalist among the other 16 contestants but unfortunately, he didn’t win. He has sung The World is Ours in the 2014 FIFA World Cup.

David Correy is handling a website known as Urban Records. One can check the upcoming events of David and can do the bookings.

The Brazilian singer makes earnings of between $29k-$53k.

This singer has brown eyes and black hair. He has tattoos on his body. His height and weight are of average size.

Besides this, he has a YouTube channel which has around 109k subscribers.