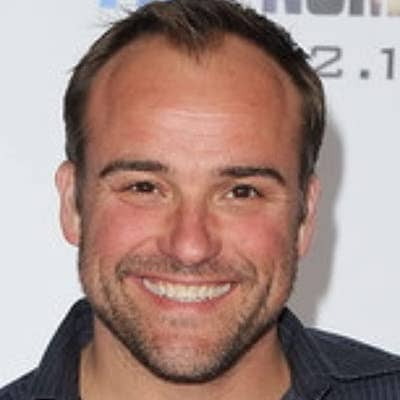 What is the relationship of David DeLuise?

David Deluise’s relationship status at present is married. He started dating Julia Stoepel who is an actress/director in 2015.

Their romance was converted into marriage on 17 Oct 2019.

Previously, he exchanged vows with Brigitte DeLuise in Sep 1994 and welcomed two children. Their daughters are Riley DeLuise and Dylan DeLuise.

But their conjugal life ended via divorce in May 2003.

But their wedding details are not disclosed. It is also unclear whether this couple is blessed with children or not.

Who is David DeLuise?

His upcoming movies Layover and The Siege at Rykers Station will release soon. Also, he directed 6 episodes of Wizards of Waverly Place, 1 episode of The Thundermans and See Dad Run, etc.

His birthdate is 11 Nov 1971 and he was born in Burbank, California, the US as David Dominick DeLuise. The name of his mother is Carol Arthur and his father is Dom DeLuise.

His dad is an actor/comedian and his mom is also an actor.

David’s ancestry is a mix of Italian-German and has an older brother named Peter DeLuise. His other brother is Michael DeLuise.

Regarding his academics, he has not shared the particulars.

David DeLuise is a popular face of the entertainment world who has appeared in several TV plus movies. His latest movie is titled Unbroken: Path to Redemption which was released in the year 2018.

By the reports of 2022, he has accumulated a net worth of around $10 million US. The annual salary from his acting journey is yet to be calculated.

David DeLuise’s height is 5 ft 10.5 inches and his body weight is 79 kg. Moreover, his eyes are dark brown and his hair is grey color.

Also, he runs a YouTube channel that has over 920 subscribers.