Updated On November 23, 2022 | Published By: Frank Ingram
Share this
Single 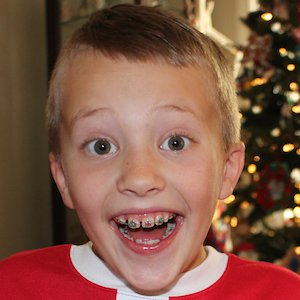 What is the relationship of David FamilyFunPack?

The young and talented American YouTube Star and Social media personality, David FamilyFunPack is currently an unmarried personality as he has not been in any marital relationship with anyone.

The YouTube Star and internet sensation, David FamilyFunPack is believed that he is away from any sorts of relationship at the present time.

David FamilyFunPack is an American YouTube Star and a social media personality. He is immensely popular for his work as a YouTuber on his family’s FamilyFunPack YouTube channel.

He and his family are also famous for signing to the multi-channel network Collective Digital Studio.

Who are the parents of David FamilyFunPack?

David FamilyFunPack was born on May 16, 2008, in California, United States of America. His nationality is American and his ethnicity is Caucasian.

There is no further information about the father and mother’s background.

David initiated his career as a web personality with a family’s YouTube channel named FamilyFunPack. He posted the very first video in October of 2011 whereby, he and his twin brother was featured.

Later, he and his family started using YouTube regularly and kept on increasing his influence as a social media personality. Now, he is known as the YouTube star with more than 5 million subscribers on his family’s YouTube channel named FamilyFunPack. Also, he and his family were signed to the multi-channel network Collective Digital Studio.

There is no information about his salary. As of 2022, he has an estimated net worth of $1.5 million.

David has blond hair color and green eye color. Other information on his body measurements like height, weight, shoe size, etc. are unknown.