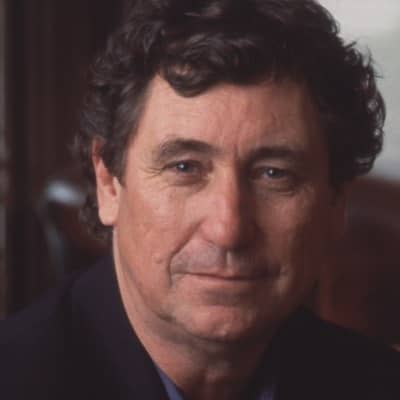 David Fanning is a married man. He is married to Renata Simone. His wife Renata is a television writer and producer. However, there is no information about their wedding.

The couple resides in Marblehead, Mass.

Who is David Fanning?

David Fanning is a South African-American Movie Producer, Director, Writer, and Journalist. He is well known for his work in the famous Tv Series Documentary ‘Frontline’. Likewise, He has won eight Emmy Awards because of his extraordinary filming techniques.

His family background, as well as his education, are not disclosed yet. He is tight-lipped when it comes to his personal details.

David holds an American nationality. He follows Christianity and his ethnicity is Unknown. His birth sign is Gemini.

The talented and award-winning filmmaker, David Fanning started his career as a journalist in South Africa. He produced his first film in 1970 titled ‘Amabandla AmaAfrika’. After two years, he produced another movie ‘The Church and Apartheid’. The movie relates to race and religion in his own homeland.

His career began to take a rise when he came to the U.S.A in 1973 for the intention of filmmaking. After arriving in the USA, He produced and directed various popular films including (Deep South, Deep North), Romeo and Juliet in Sarajevo, Death of a Princess, Blacks Britannica, and Six O’Clock News. In the interval of 5 years, he produced and directed over 50 films for Public Broadcasting Service. In 1982, he produced ‘Frank Terpil: Confessions of a Dangerous Man’ along with Thomas. Likewise, the documentary won the Emmy Award for the best investigative documentary.

In 1982, Fanning started planning on Frontline. Altogether, 200 journalists and producers were hired for the making the Frontline. In 1995, Frontline was listed as one of the first deep content websites in history. In 2001, David created another masterpiece series, ‘Frontline/World’ which made a deep commitment to its website. From 2000, he made several movies like The Dancing Boys of Afghanistan, The Interrupters, Much Ado about Something, Country Boys, Snitch, and Being Mortal.

In 2015, Fanning announced his retirement as executive producer of Frontline after 33 seasons.

David is one of the famous Film Maker to gain huge fame and wealth through movies. Being a movie producer, he has earned a decent amount of money. Likewise, he is living a lavish life along with his wife in the USA. His net worth is estimated to be from $1 Million – $5 Million. However, his salary and assets value is under review.

There are no rumors and controversies about him. He rather spends his time producing unique content for his fans rather than stuck in Scandals and rumors. David is a well-known Filmmaker.

David is a cool guy with great charm and boldness. He has a great personality with a well-maintained body structure and a suitable height. Furthermore, his hair is brown and her eyes are blue in color. Moreover, he is best recognized for his Smily Face. Similarly, his body stats are not provided.