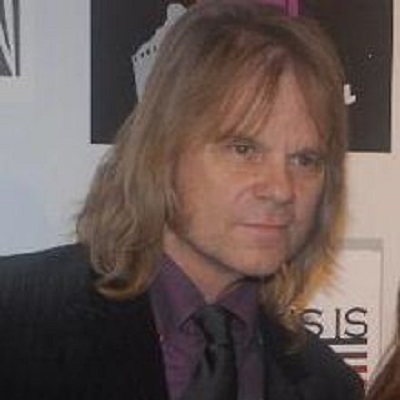 David Glen Eisley is a married man. He walked the aisle in 1991 with an actress Olivia Hussey. They first met in the year 1989 in Jerry’s Famous Deli.

They together have a daughter, India Eisley who was born in 1993. She is also an actress known for TV series The Secret Life of the American Teenager, and film Underworld: Awakening.

Who is David Glen Eisley?

David Glen Eisley is an American musician, singer, songwriter, plus actor. He has also produced Island Prey and Social Suicide.

David Glen Eisley was born on Sep 5, 1952, in Los Angeles, California, US. His father is Anthony Eisley (actor) and his mother is Judith Rogers Tubbs.

David used to play drums for a band Mammoth, in his high school. After this, he became part of several bands. His first AOR band’s name was Sorcery which he joined in 1980. He was the lead singer in this band but left in 1983.

Then he joined a rock band named Giuffria in 1983 as a singer. But David departed this band after five years. His next band was a glam metal band Dirty White Boy which he has joined in 1988 till 1991.

Then in the year 1998, David joined another band Stream.

Apart from music, David also appeared on screens. He was seen on TV shows Beverly Hills, 90210, and 7th Heaven.

He was also featured in an action movie Action Jackson. This film was released on Feb 12, 1988, and David’s character name was Thaw. He has also acted for various commercials.

David’s released solo albums are four. His first album was released in 1999 named War Dogs. His second album Stranger from the Past came out in 2000.

Then in 2003, David released a compilation album The Lost Tapes. Recently in 2019, his fourth album Tattered Torn & Worn was released.

The estimated net worth of David is $1 million US. His movie Action Jackson was made with a budget of $7 million and it collected around $20,256,975.

David’s wife Olivia has a net worth of $8 million. The average salary of an American Musician is between $19k-$90k US per year.